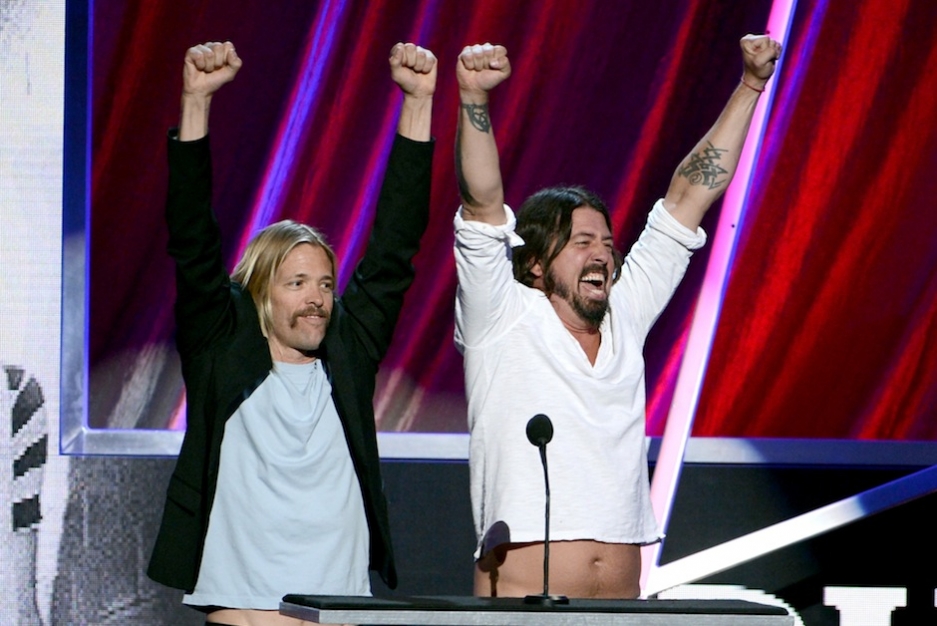 David Grohl’s big 2013 might be followed by an even bigger 2014. To recap: Foo Fighters leader and former Nirvana drummer made his directing debut with the Gold-certified Sound City documentary (a.k.a. “my life’s most important work”), performed with the Rolling Stones and Paul McCartney, and played on albums by Joan Jett and Queens of the Stone Age. And that’s just to start — Nirvana’s In Utero is being reissued, and this past spring Grohl helped induct Rush into the Rock and Roll Hall of Fame.

Foo Fighters’ next album is composed, Grohl has told XM, and he’s already talking up 2014. “We have been in our studio writing and in the past few weeks we’ve written an album, and we are going to make this album in a way that no one’s ever done before and we’re pretty excited about it,” he’s quoted as saying. “It’s a little ways off — it’s not ready to happen right now, but I think next year is going to be a really big year for the Foo Fighters without question.”

Word of a new Foo Fighters album potentially set for next year, and an unusual approach to recording, dovetails with what Grohl and his bandmates have said elsewhere. “We’re going to start recording the new Foo Fighters record at the beginning of next year,” guitarist Chris Shiflett just told Rolling Stone. Shiflett previously told Faster Louder, “Dave’s got a bunch of new songs and the way that we’re gonna make the new record — like, the approach for it — is gonna be pretty fucking fun.”

Drummer Taylor Hawkins also hinted at an unusual strategy in an interview with Billboard. “Dave has his brain working overtime, like usual, and he’s got a lot of great ideas, both musically and conceptually — none that I can speak of at this moment, but it’s gonna be great,” Hawkins said.

That’s all trickling down from what Grohl himself told Billboard at this year’s South by Southwest: that he has “a crazy idea of what I want to do with the next record and how we record it … It won’t be a conventional record.” Leave room in your 2014 calendars for a little “crazy.”