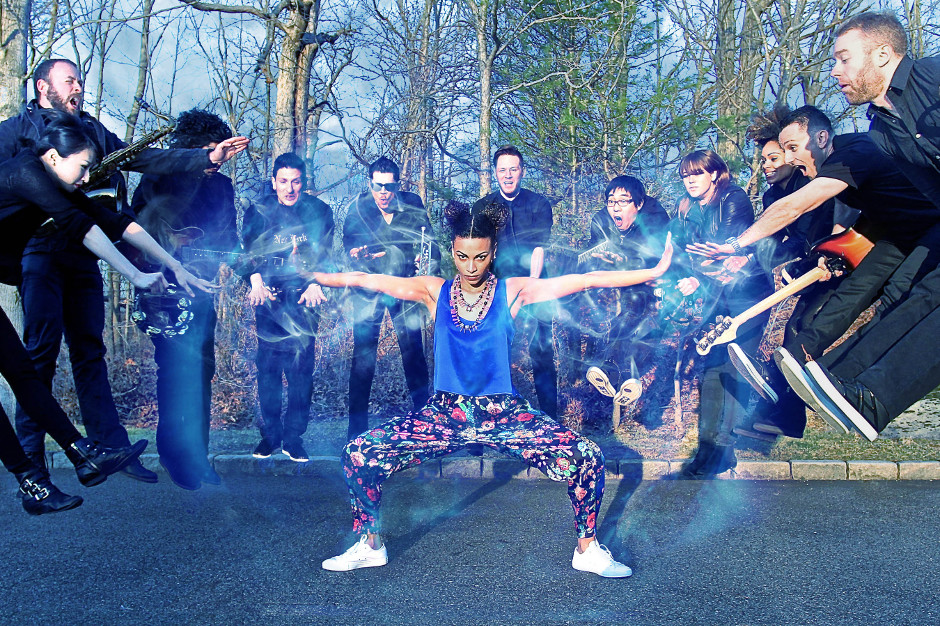 On “Barbarians,” Escort imagined what it would sound like if Studio 54 had a house band, blending guitar licks from late-1970s Chic with a cadre of gospel-influenced backup singers. For their latest track “Cabaret,” the group’s love of the ’70s remains, though the influence is a bit different.

“The band was sharing a huge coffee cake with Liza [Minnelli], and she started telling us all these crazy stories about Barry [Manilow], Dudley [Moore] and their escapades in Sunnyside in the ’70s,” co-founder Eugene Cho told Rolling Stone. “She revealed to us that the New York elite only went to parties uptown for photo ops, but the real parties were in the back of Indian restaurants where unspeakable things happened on a nightly basis and the public had no idea. That really inspired ‘Cabaret.'”

While you reluctantly imagine Liza Minnelli’s unspeakable Indian restaurant acts, distract yourself with the new song: “There was a cabaret / Just off of Avenue A / Where you get anything you want / If you know what to say,” Adeline Michele sings over pulsating synths. The 17-piece band employs orchestral strings and multi-percussionists to flesh out their booming disco sound.

No wonder their eponymous debut album was a SPIN Essential.

Listen to “Cabaret” at Rolling Stone.