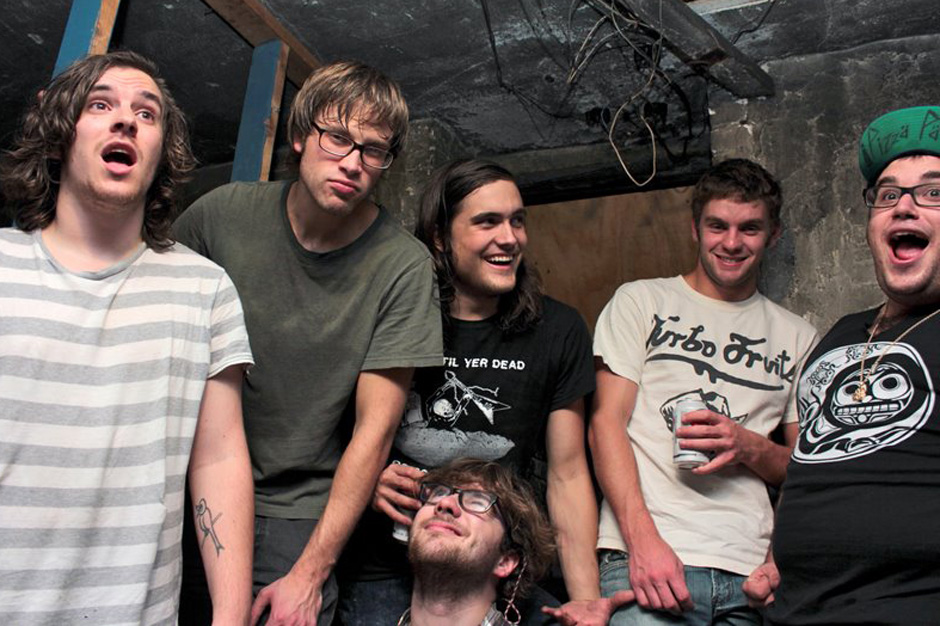 In a recent interview with SPIN, Diarrhea Planet frontman Jordan Smith gushed about his bandmates’ technical prowess. “I’ve never played with the caliber of musicians like I do in DP,” he said. “We’re all constantly honing our chops and trying to get better, and trying to make our gear sound better.” The Nashville six-piece have already shown off their shredding skills on “Separations” and “Kids,” the first two tracks to surface from the jokers’ upcoming sophomore album, I’m Rich Beyond Your Wildest Dreams. Now, with the LP’s August 20 release date coming ever closer, the guitar slingin’ gutter-glam punks have fired off a third song. “Babyhead” nods to the band’s Southern roots, proudly salutes power-pop, and culminates in a balls-out, sore-throated call-and-response coda — all in two minutes. Stream it below, and scroll further for Diarrhea Planet’s current tour dates.