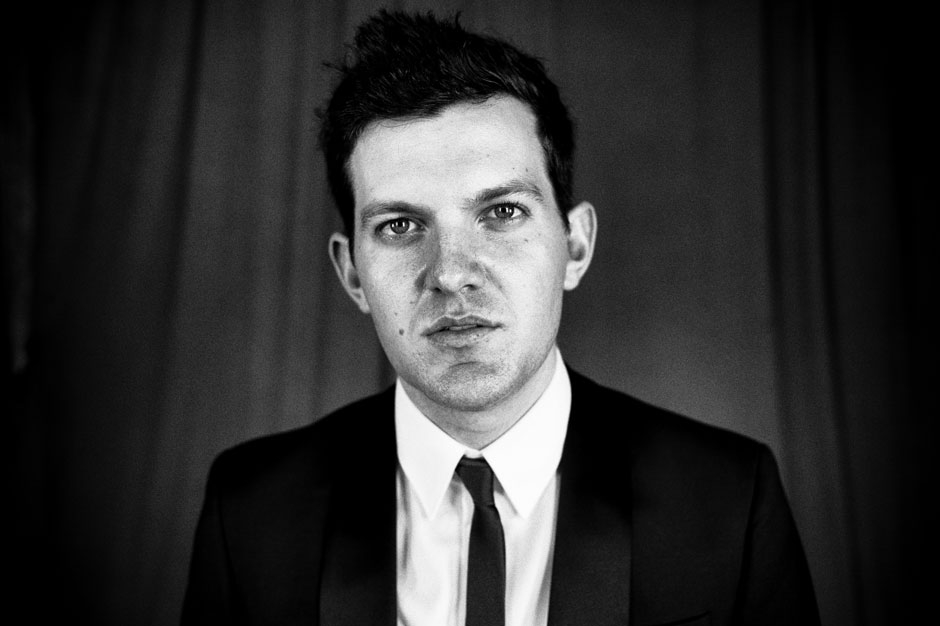 Tiesto, “Club Life 331″ (Sirius XM)
So Tiesto has gone and launched a deep house radio show. That’s not a sentence I expected to write, well, ever, but that’s the state of EDM in 2013 for you: Even the A-list DJs seem nervous about the bursting of the big-room bubble, and they’re casting about for alternatives. It’s a smart way for Tiesto to hedge his bets — by dedicating a weekly show to the sound, he ups his cred with listeners growing tired of main-stage fare, and he positions himself to benefit should the recent successes of acts like Duke Dumont, Disclosure, and Hot Natured swell into an actual Next Big Thing.

Maybe that sounds cynical, and maybe that’s unfair. Despite his susceptibility to cheese and his recent embrace of Vegas-sized cliché (including quitting Ibiza for an exclusive residency in Vegas), the Dutch trance superstar has been known to dig deep for his sets. He kicked off 2003’s Nyana mix with a brittle, minimalist cut from Kompakt’s Reinhard Voigt, after all, and in his inaugural set for “Club Life After Hours,” he drops a two-year-old Luomo track. (It might have been more exciting if it had been something off Vocalcity or The Present Lover, but still.) It’s a shame, though, that he submits deep house to the dreadfully boring club/chill-out dichotomy, which stipulates that if it ain’t bangin’, it must just be for hangin’. (“It’s a great sound to listen to at home, in the car, or while having a Sunday afternoon barbecue — it’s perfect listening music,” he told Billboard, adding, “Stylistically, I don’t think [house is] ready for my live sets just yet, because I like to play a little more energetic and uplifting.” Has the man never heard Blaze’s “Lovelee Dae” or Ron Trent and Chez Damier’s “Morning Factory” played for a packed dance floor? Are they not “energetic” and “uplifting”?) And it’s a shame, mainly, that this set is so blah. The majority of the tracks shuffle between pro-forma moody and the vaguely optimistic, with lots of breathy vocals and comfy, four-bar chord changes. The desultory mixing slides from tune to tune without much regard for key or musical theme; it sounds mixed by computer, and the buzzing, upbeat “Club Life!” jingles don’t do anything for the otherwise supine vibe. As a way of filling late-night airtime on weekends, it does what it’s supposed to do, but at far as showing curious listeners what deep house is, where it comes from, and what it’s capable of, it’s a missed opportunity.

Dillon Francis, “Without You” feat. Totally Enormous Extinct Dinosaurs (Mad Decent)
It sounds like Dillon Francis had some kind of moment at Hard last weekend, and he’s no less emosh on “Without You,” although a lot of that comes down to Orlando Higginbottom, a.k.a. Totally Enormous Extinct Dinosaurs, who rolls up heartbreak and redemption into a quavering falsetto that could make even the toughest of tough guys go weak in the knees. (“This song is very meaningful to me because as TEED and i were working on the song, i was having relationship problems of my own,” writes Francis. “He ended up writing the song about the whole situation I was going through.” Give it up for the healing power of bromance!) In any case, this is a whole new sound for Francis. He’s been looking for hidden passageways out of the moombahton/trap-rave/electro-house lockbox for a while now — last month, he flipped his 2011 cut “I.D.G.A.F.O.S.” into “Flight 4555 (IDGAFOS 3.0),” a slow-motion, drum-free lullaby with a 15-minute running time that sounded more Eno than EDC. (It’s a good bet that the first five letters of that abbreviation stand for “I Don’t Give a Fuck.”) Here, he plunges headlong into billowing deep house, all pumping chords and high-end chime. At the same time, it sounds modern, and not like yet another Larry Heard rehash, so props to Francis for finding ways to make deep house make sense within the context of electro house’s thump and buzz. For many of his fans, this will be their first encounter with dance music’s subtler, more sensitive side. (Just see the SoundCloud commenter at 3:26: “Its nice, next one make it a banger 2.0 or sumshit.”)

Drake feat. Majid Jordan, “Hold On, We’re Going Home” (OVO)
Drake’s “Hold On, We’re Going Home” isn’t technically a house track; at 100 beats per minute, it’s markedly slower than the norm, and the beat structure doesn’t quite fit house’s rhythmic template, either. (Something about the pads and the faint hi-toms in the background gives it a feel similar to Tina Turner’s “What’s Love Got to Do With It,” actually, minus the latter’s reggae backbeat.) But it’s not exactly not deep house, either: Up the tempo a notch or two, and slap a hi-hat on the backbeats, and it doesn’t sound too far off from the kind of thing that Crosstown Rebels and Hot Creations have been doing for the last couple of years, although Drake and his co-producers wisely avoid the syncopated bubble-funk bass that is so so fashionable these days. (Another point of comparison: Disclosure’s slow, shuffling “Help Me Lose My Mind.”) Who knows what occasioned Drake’s dive off the deep end, but we’re guessing it has something to do with Majid Jordan, the Toronto duo featured on the track. (According to the credits on Audiomack, Noah “40” Shebib and Nineteen85 (Paul Jeffries) also co-produced.) Unpacking the Majid Jordan mystery leads to the SoundCloud of the duo’s Majid Al Maskati, and there we find a playlist full of tunes from Les Sins, Pepe Bradock, Soul Capsule, the Other People Place, and Andrés. Those are the kinds of tracks you might have expected to influence the sound of “Hold On, We’re Going Home”; they’re also a pretty solid sampling of the best of classicist deep house. Someone should tell Tiesto (or his mixshow wrangler) about these guys.

Flo Rida, “Can’t Believe It” (Atlantic)
Flo Rida pissed off native Floridian Diplo for borrowing liberally from the latter’s “Bubble Butt” and “Butter’s Theme” videos for his own “Can’t Believe It” clip, a veritable feast of maximum gluteus. He also riled up no small number of deep-house die hards by jacking the bass line from Infinity Ink’s “Infinity,” released last year on Damian Lazarus’ Crosstown Rebels label. The YouTube comments on both videos, and both sides of the debate, will likely reinforce whatever apocalyptic feelings you have about humanity in general, so we won’t even bother going there; suffice it to say that, as annoying as Infinity Ink’s track is, Flo Rida succeeds in butchering it further by swapping out the duo’s ’60s-inspired vocal harmonies, the song’s only actually inspired element, for an insipid sing-a-long conflating bum-bums with Bubble Yum. (Didn’t Justin Timberlake’s “Strawberry Bubblegum” already do that? And aren’t the background squawks in Flo’s track also remarkably similar to the yelps JT slathered all over The 20/20 Experience?)

For our purposes here, the most interesting thing is that Flo Rida seems to have moved on from the EDM phase that found him sampling Bingo Players, Ivan Gough and Feenixpawl, LMFAO and, of course, Avicii. (Or, rather, using the same Etta James sample that Avicii used for “Levels,” making it some kind of a meta-sample. He’s a regular pop-music Singularity waiting to happen, that Flo Rida.) For confirmation of a trend in the works, we’ll have to wait to see if will.i.am also abandons big-room buzz and turns to a Hot Creations bass line for his next single. As for Infinity Ink, they’re pleased as punch. “Bit of controversy,” they wrote on their Facebook page. “Yes, that’s our bassline on Flo Rida’s new single. To anyone upset about it been sampled then we apologise. Given the choice between Flo Rida using our original bassline or Flo Rida making an almost exact copy of it, we gave permission for it to be sampled. There are countless versions of ‘Infinity’ on the internet. From EDM, dubstep and deep house mixes to chipmunk versions and even acoustic covers, we’ve kept them all up there. ‘Infinity’ has found a life of its own and we’re touched by everyone’s love of the original.”