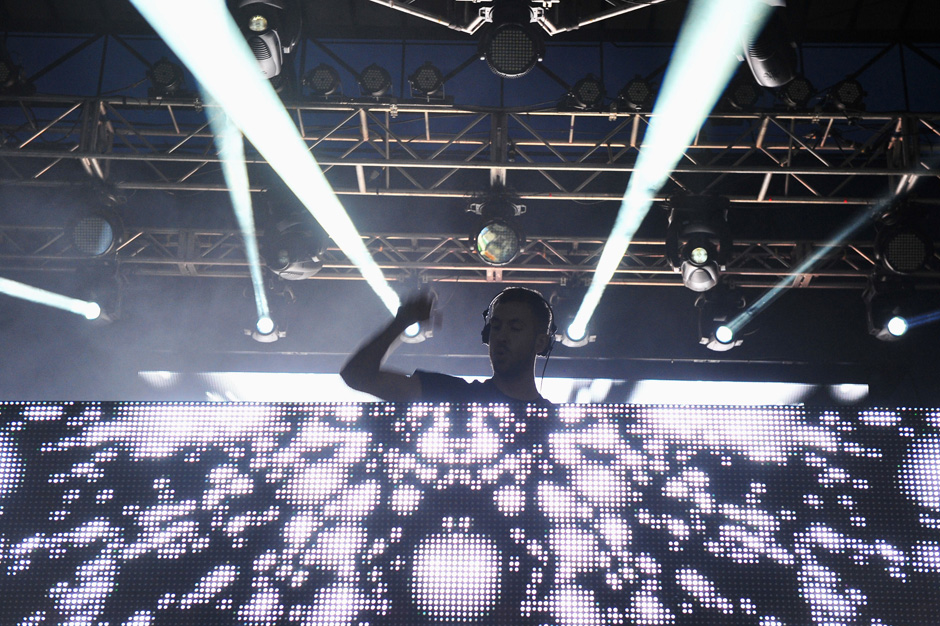 Calvin Harris has been crowned the new “Electronic Cash King” which, no, is not a reference to his ATM withdrawal prowess. Forbes dropped its annual list of the highest-paid DJs in the world on Wednesday (August 14), and the Scottish superstar came out on top, reportedly earning $46 million per year with nightly fees exceeding $200,000. The financial mag attributes Harris’ liquidity to chart-dominating singles he wrote for Rihanna (most notably “We Found Love” and “Where Have You Been”), as well as a sizable publishing advance.

“The rise of dance music has been astronomical in the last three years,” said Harris, who also ranked among the 10 Top-Earning Celebrities Under 30. “I happened to be in the right place at the right time.”

Not only did the 18 Months star rake in more dosh than non-EDM titans like Jay Z and Katy Perry this year, but his impressive total is more than double what last year’s list-topper scored. As SPIN noted last August, Tiësto out-earned every other DJ with a $22 million income in 2012. This time around, the Dutch-born producer finished second, but still trounced his previous plateau with a $32 million salary. So this is what it looks like before a bubble bursts.

The rest of the top five reads as such: David Guetta came in third with $30 million, besting his 2012 figure of $13.5 million via lucrative live shows and collaborations with the Black Eyed Peas and Usher; Swedish House Mafia’s farewell tour helped the now-defunct trio hit the $25 million mark, a dramatic increase over last year’s $14 million; and industry curmudgeon Deadmau5 placed fifth with $21 million, up from $11.5 million.