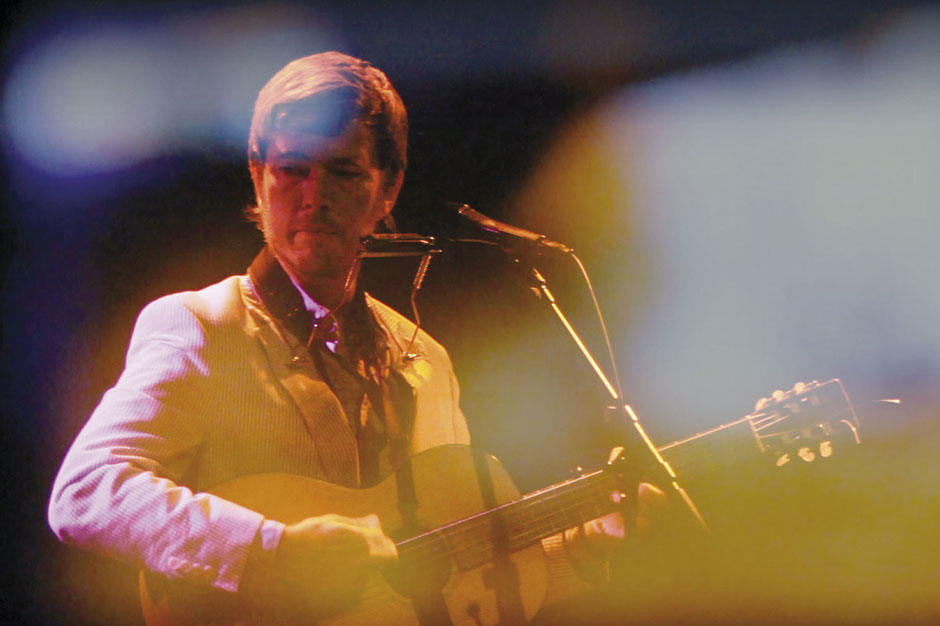 On the cusp of releasing Dream River on September 17, Bill Callahan premiered a new track at the New York Times today. Breaking momentarily from the hushed and rusted folk template the Austin-based songwriter usually operates in, Callahan acted instead on a purported long-standing desire to dabble in dub while recording at Austin’s Cacophany studios last October. The result is “Expanding Dub”, a sopping wet, psychedelic reimagining of album cut “Javelin Unlanding”, which unravels to bare seams as Callahan’s baritone hums and sharp lyricism are nudged forward by subtle throbs. The track will be released on August 20 as the A-Side of a 12-inch single set to include “High in the Mid-40’s Dub,” a dubby take on “Winter Road,” also of Dream River.

Callahan embarks on a two-month tour in support of the release this fall. Fans who can’t wait till then should check out a new documentary about the reclusive artist, Apocalpse: A Tour Documentary, which we enjoyed at its New York City debut last month.