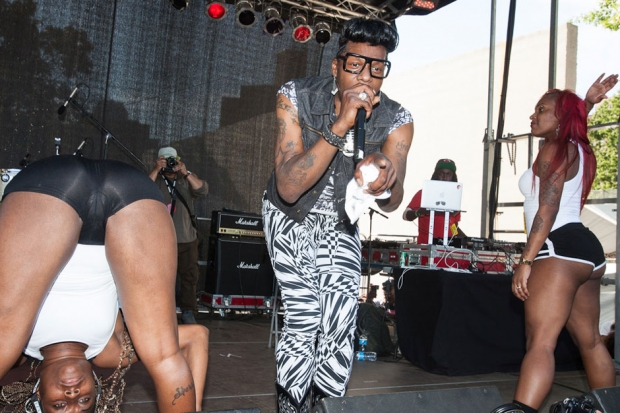 Now that everyone has spent the better part of a week debating all aspects of Miley Cyrus’ sloppy twerk exhibition at the MTV Video Music Awards, how about we turn to an expert? Yesterday, Fuse interviewed Big Freedia — flag-bearer for New Orleans’ bounce music and twerking veteran — about Cyrus’ performance of her own “We Can’t Stop” and Robin Thicke’s “Blurred Lines.” Per Freedia — whose new Fuse show Big Freedia: Queen of Bounce debuts on October 2 — Cyrus has some work to do in the dance department, saying, “She was going too far. She’s trying to twerk, but don’t know how to twerk.” Based on Freedia’s expert opinion, Cyrus was actually doing a different dance popular in bounce culture.

“We have a dance in bounce music called ‘exercising’ where you just open your legs and shake your butt a little bit from side to side. It was that part she did in front of Robin Thicke, but she still didn’t even get that right because she didn’t have any butt control. She needs more practice.”

Freedia also agreed (as first proferred by Vulture’s Jody Rosen) that Cyrus’ performance had minstrel qualities, but the New Orleans rapper assumed a positive tone throughout the interview, saying that even though many people in her city are offended by Cyrus’ newfound interest in twerking, “it’s also helpful because it’s putting twerking on the map around the world.”

Currently, Freedia is readying an upcoming single called “Twerk It,” and hey, wouldn’t you know it: Miley, Justin Bieber, and Lil Twist) just released a song by the same name!