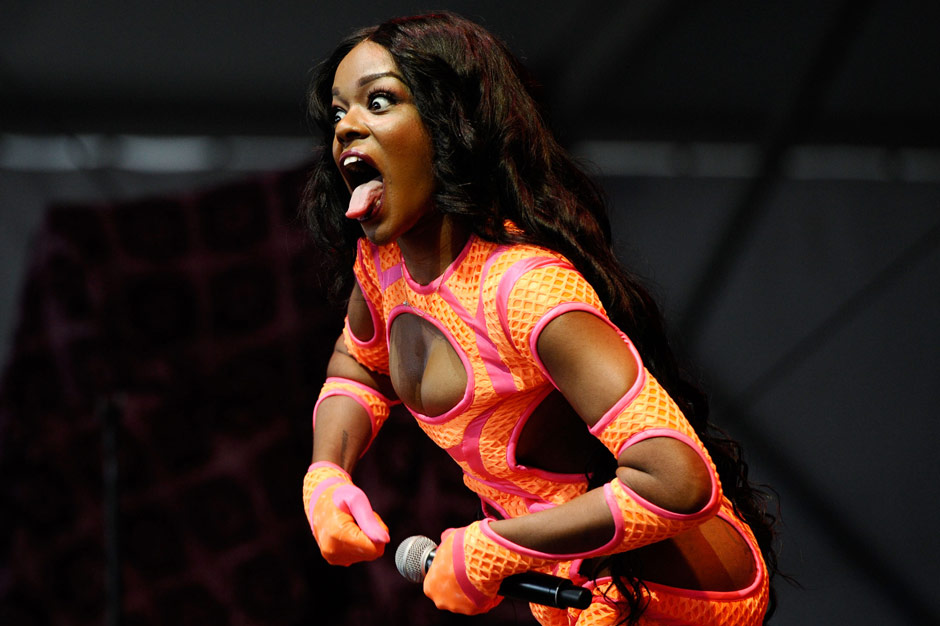 Azealia Banks needs some hardcore lozenges, stat. The oft drama-ensconced New York rapper canceled her scheduled sets at Chicago’s Lollapalooza and Montreal’s Osheaga festivals this weekend due to a throat infection — quite possibly from chewing on all of that dried up beef. We kid. Obviously this is the work of the Illuminati, trying to get their latest inductee back in line.

Unfortunately, this is the second big-name cancellation for Osheaga, now that Frank Ocean has bowed out due to a vocal-cord tear. Organizers have since replaced him with Miguel. And Deap Vally — who just premiered their raunch-blues track “Bad for My Body” on SPIN — have also been added to the lineup. Wisconsin’s Phox are the last-minute replacement for Banks at Lollapalooza.

The usually vocal banks has yet to tweet anything about it, though she did post this rather healthy-looking selfie on Instagram today. (To be fair, she also posted a bunch of other photos from various tour stops, so it’s hard to tell when that picture was taken.) Earlier in the week, she was filming her video for “ATM JAM,” which promises to have some motocross action, according to her photos.

This marks the second summer in a row she has suddenly pulled out of festivals. Last year, Banks cancelled 18 gigs across Europe, saying, “They were all prematurely booked by my old management without any consideration for me and the album I need to finish!” That album, Broke With Expensive Taste, is still not out and probably not finished.