Indie rock heroes are plotting something secretive and "HUGE" 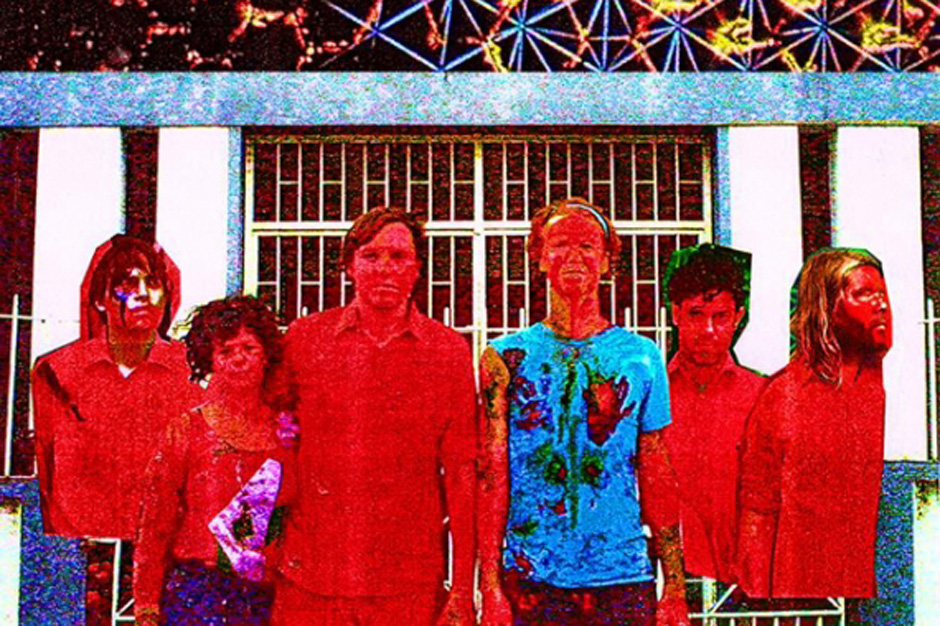 Last month, Arcade Fire casually confirmed in a tweet to a fan that their fourth album will arrive on October 29 via North Carolina super-indie Merge Records. Since then, there’s been speculation that the follow-up to 2010’s Grammy-winning The Suburbs will be titled Reflektor but little in the way of official details about the LP. Now, that’s changed — slightly.

Fan Twitter account Arcade Fire Tube has confirmed that the word “Reflektor” is in fact related to the Canadian chamber-rock crew, but that’s about it. Taking a cue from Kanye West and Boards of Canada, Arcade Fire have covered the facade of a building in downtown Manhattan with a mural that reads: “Arcade Fire 9 PM 9/9.” Located near the corner of Grand and Lafayette streets, the message features a series of symbols spelling out the word “Reflektor.” As SPIN noted recently, the exact same icon is showing up at various locations all around the world, as evidenced by the “Reflektor” Instagram account.

Earlier today, Arcade Fire Tube also shared the following cryptic tweet: “Believe me, I understand you all want answers. I’m not at liberty to reveal what will happen I’m afraid. It’s HUGE though. #Reflektor” So it looks like we’ll have to wait until 9 p.m. on September 9 to find out what the band have planned. As Consequence of Sound points out, they filmed a new music video with director Anton Corbijn and cinematographer Martijn van Broekhuizen.

Scroll down to see the full street mural. 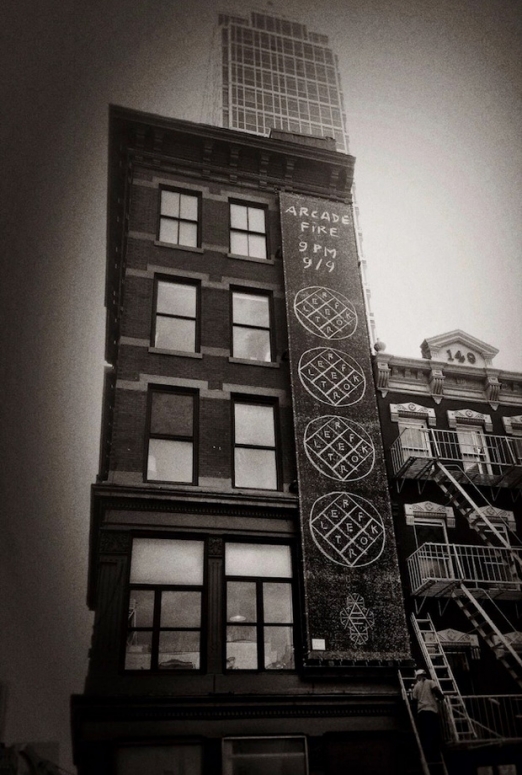