"The point is to separate the wheat from the chaff, or the music from all the nonsense ambient noise and echoes that come with seeing a band live." 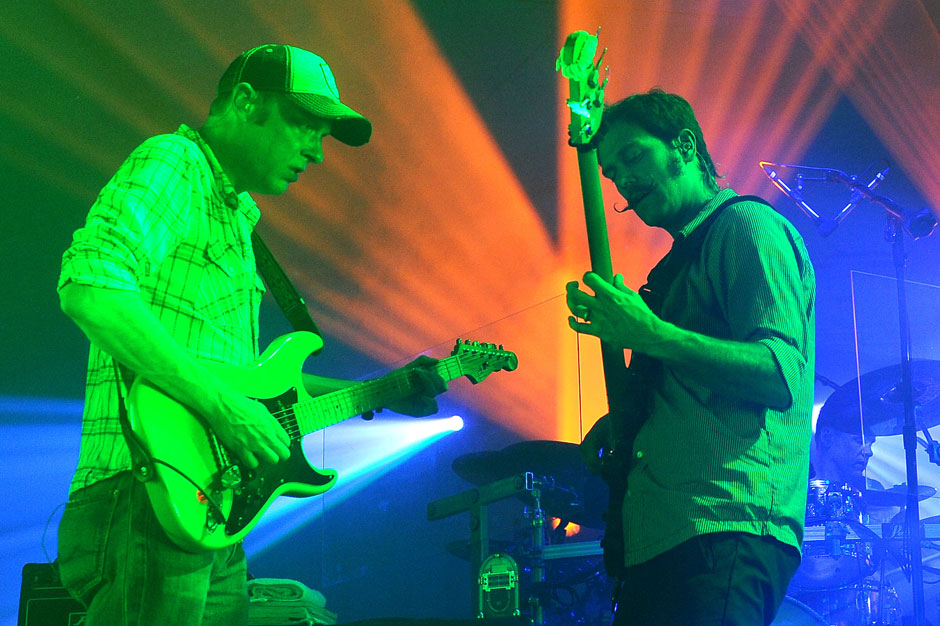 Many a concert-goer has had his aural experience ruined by sub-optimal acoustics or fellow fans howling like caged primates. Jam band Umphrey’s McGee says no more. In March, the band began offering fans interested in a pristine listening experience a chance to hear the show as only the sound engineer does.

According to a statement, Headphones & Snowcones — named after a song on the band’s second album — is a “one of a kind music experience allows fans to rent a pair of Audio-Technica headphones and listen to the show with the same Sennheiser in-ear monitors the band wears on stage. The point is to separate the wheat from the chaff, or the music from all the nonsense ambient noise and echoes that come with seeing a band live. It also allows the music to be heard with perfect calibration, no matter where you go in the venue.” One reviewer wrote of wearing the wireless headset into the “bathroom, the beer line, the smoking porch, and most importantly right up front and center!”

Of course, this isn’t a purely altruistic exercise for the band. Limited to 20 fans per show, for now at least, it costs $40 a night (there’s a $500 deposit too so people don’t abscond with the technology). Along with the live soundboard feed and weird looks from people wondering why the hell they’re wearing headphones at a concert, participating fans get a digital download of the show so they can also experience while they’re not high. That amounts to an extra $800 a night for the band and, we’d suggest, a raise for Kevin Browning, Umphrey’s McGee’s creative director and the mastermind behind Headphones & Snowcones.

As Browning told Sound Fuse, the idea came to him after he let a fan wear some headphones while he was mixing way back in 2004. “I watched that persons eyes light up, and that face make a expression that really was very memorable to me,” Browning said. Since then he’s been working on the logistics to bring it to the people. And now that it’s here, Headphones & Snowcones is being met with praise. There’s only one more thing this technology needs before it really hits the big time: being offered by bands other than Umphrey’s McGee.

Google Chromecast: Not the First Web-to-TV App, But Possibly the Easiest (and Cheapest)