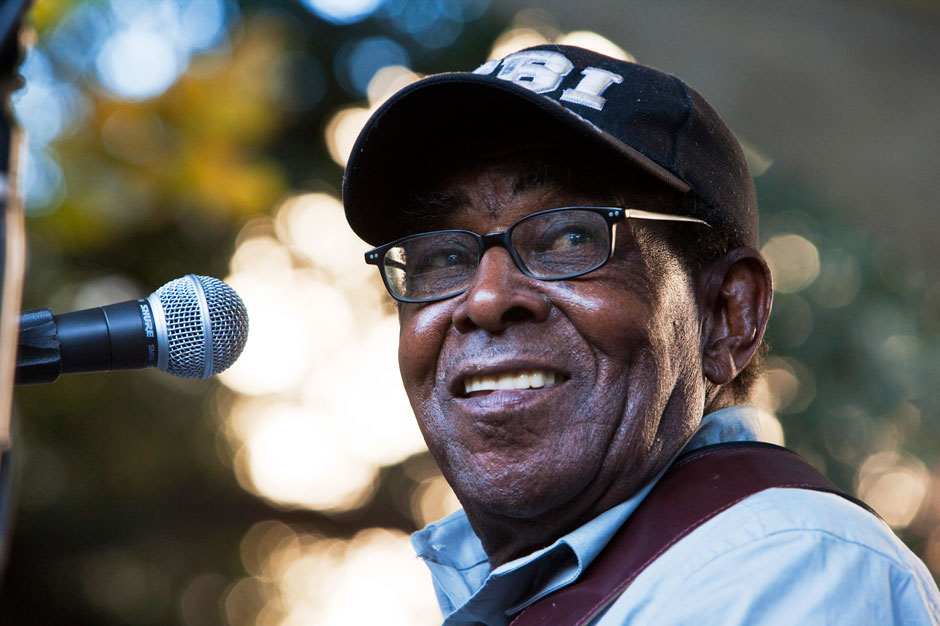 T-Model Ford, a bluesman who overcame a long, troubled life to start playing music in his 50s, died earlier today in hospice care at his Greenville, Mississippi home after battling a respiratory illness. According to the AP, Ford’s age is unknown due to a lack of proper records, though he was thought to be between 89 and 94.

Born James Lewis Carter Ford, he grew up with an abusive father, got married six times and supposedly fathered 26 children (his current wife, Estella, was by his side when he passed). Over his nine or so decades, he’d been shot, poisoned by a woman, stabbed by a wife, saw another spouse leave him for his dad, and served two years on a chain gang for stabbing a man to death in a bar fight. He picked up the guitar at 58 when his fifth wife gave him one — on the night she left him.

Ford taught himself to play, having never learned to read or write English, let alone music. After years of practicing, he toured Southern juke joints and eventually got the attention of Fat Possum founder Matthew Johnson, who put out five of Ford’s albums beginning with 1997’s Pee-Wee Get My Gun. Ford would go on to record his final two records, 2010’s The Ladies Man and 2011’s Taledragger, with the band GravelRoad, who also supported him on tour. Though he’d play as many as 150 shows a year, the past few were particularly rough on him, with a pair of strokes hampering his ability to perform.

“He was known as one of the last really authentic Mississippi blues men,” his friend and blues historian Roger Stolle told the AP. “He has a story and could back it up.”