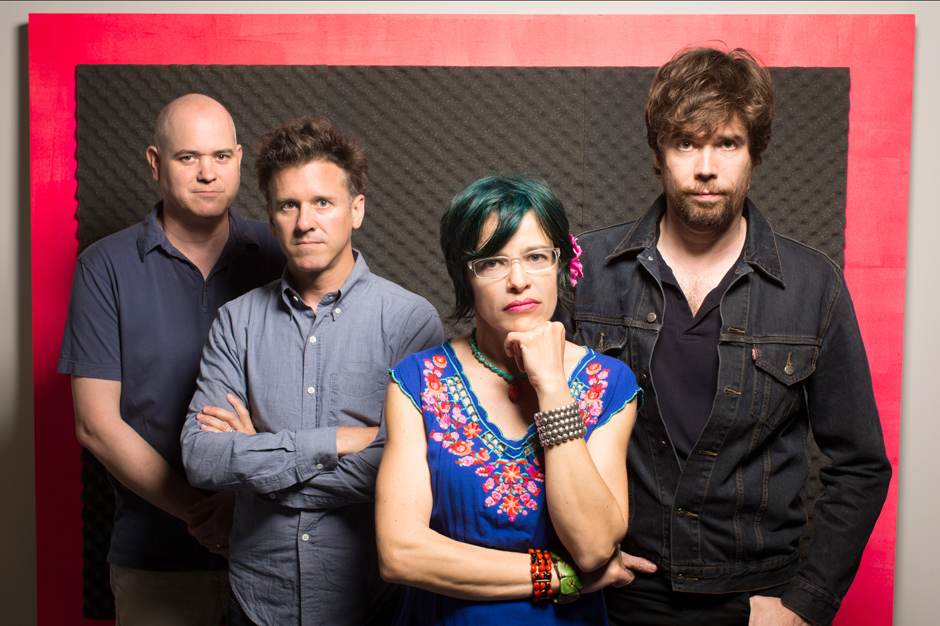 “I hate music, what is it worth? / Can’t bring anyone back to this earth.” So goes the opening line of the latest share from Superchunk’s forthcoming 10th album I Hate Music. While the lyric may be true, the Chapel Hill alt-rock heroes do resurrect the name of a late dub music great in the song’s name: “Me & You & Jackie Mittoo.” The specter of the former Skatalites keyboardist appears via a cassette playing in the tape deck of the car that’s central to the lyrical action. Singer Mac McCaughan seems to be remembering a summer in his salad days, while the band backs him up with some good old star-spangled power-pop.

I Hate Music is due August 20 on the label these guys founded back in 1989, Merge Records. We’ve also heard “FOH” from the same set, while McCaughan recently swung by the A.V. Club to cover Jonathan Richman’s “That Summer Feeling.” Superchunk hit the road in August, though unfortunately without founding bassist Laura Ballance — she’s sitting it out due to a worsening hearing condition. Fresh dates can be found after the new tune.