We speak to the visionaries who turned "Cherub Rock," "Today," "Disarm," and "Rocket" from ambitious siamese dreaming to crafty MTV takeover 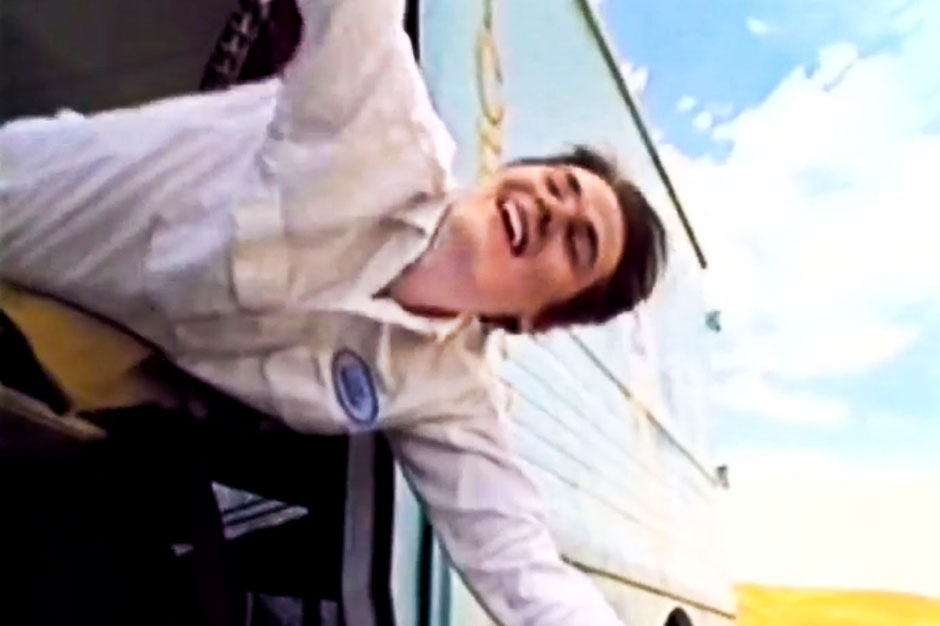 Renowned photographer Stéphane Sednaoui made his name in music videos with his clip for the Red Hot Chili Peppers’ “Give It Away” in 1991. After directing the Smashing Pumpkins’ breakthrough “Today,” he largely stayed away from rock bands for years, instead preferring to work with acts like Björk and Tricky.

A lot of directors in the 1990s would just pump out music videos, but you seemed more selective. Was that a conscious decision on your part?
It was totally a conscious decision. As a photographer, I could scout for new talent. I could meet the people, organize a photo shoot, and know if I would want to work with them or not. Because I had another job, I was not eager to do so many videos. Financially, I never made money doing videos because I would put all my money into the music videos. For other directors, it was their number-one source of revenue, so they would do 10 or 12 or 20. I didn’t do commercials at that time either, because I had a nice life just being a photographer and I didn’t need a lot of money.

Did you do a photo shoot with the Smashing Pumpkins before the video?
No. It was at a point where I was always among the three or five directors that the video commissioners would suggest to a certain kind of artist.

[Corgan] said, ‘Whatever you do…please make me a guy who sells ice cream.’ —Stéphane Sednaoui

So why did you do a video with them?
Because I really liked their music. There was another song on that album that I was totally in love with and I was really hoping to do that video. “Today” was very cute, very sweet, very nice, but there was another one that was so strong. But they had to do “Today.”

Before you came up with a treatment, did you speak with the band?
I spoke with Billy, and out of all the videos that I directed, this was the only one where I had a request from the artist that I followed. He wanted to be an ice-cream-truck driver. He said, “Whatever you do, whatever you come up with, please make me a guy who sells ice cream.” I loved it and I molded it to him as a little bit surreal. In my mind, I mixed it with the 1960s and decided to make a psychedelic road movie.

Were there specific movies you were referencing?
There were two movies, definitely. I remember the gas station from Pierrot le Fou, there was sort of a fake color set, but nothing of this shows in the video. But one reference that does show is the end of Zabriskie Point, where they are all making out, probably in Death Valley. We were in a different desert in California. It was probably 110 or 120 degrees. It was super hot and super dry. I put somebody I was in love with in the cast, and it was all new, so I was a bit nervous. I had a lot of that on my mind. We see her at the beginning of the video.

You had someone you were dating who was kissing someone else in the beginning of the video?
Yes, but it was my gay friend. I made sure it was nobody else in the cast. The main thing was that on the set, Billy was not a very warm person. I had more fun with James [Iha]. He was more giving.

Was the band happy with the final video?
I did a DVD compilation of my videos [for the Directors Label series] and the reason I didn’t put on this video, which I like, is because when I spoke with Billy when I was doing the post-production [on “Today”], he was so not nice on the phone. He didn’t like the psychedelic moment where they paint the truck. I couldn’t make it the way I wanted, the colors are a little muddy. He was just not nice on the phone complaining about this — nothing else about the video, just complaining, not one positive word, and I never heard back from him. So I was like, “Fuck you.” I like that video, but I didn’t put that on my thing because I only put on videos where I had a good experience. Madonna was the most commercial of all of the artists I worked with, and she completely trusted me. I got that kind of trust that I wanted from everybody but Billy. Now I would probably put it on, but it was still fresh, even 12 years later. I just wanted good vibes, and I don’t remember him having good vibes.

When you watch the video now, Billy is smiling and having fun. He never had that reputation as a person, and in most of the videos after “Today,” he is very dour…
I think he really lived his dream to be the ice-cream-truck driver. I think that made him very happy.