Who Charted? Selena Gomez and One Direction Prove Tween Is King

Robin Thicke holds onto the Hot 100 highest by a hair 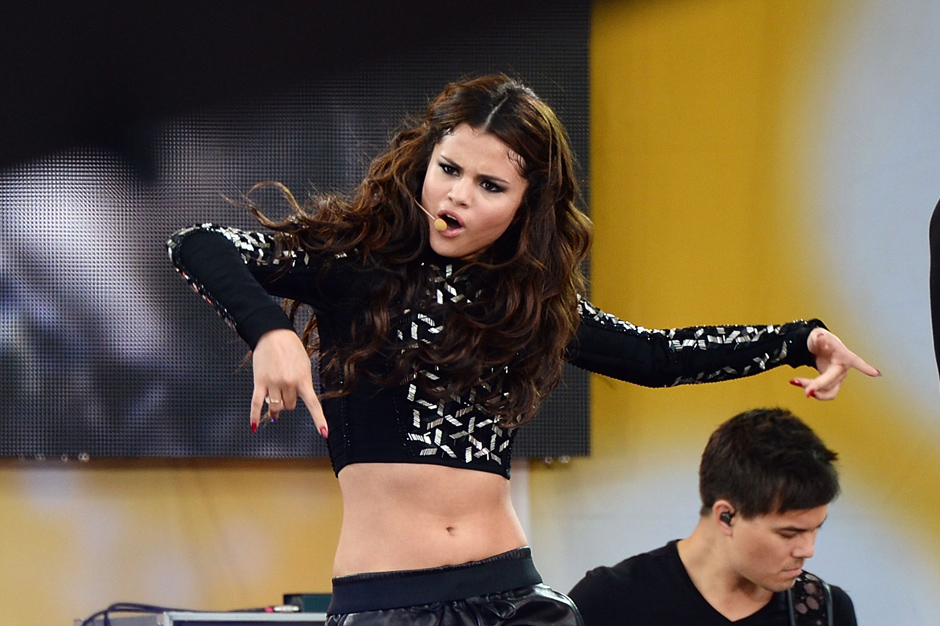 First! Stop the presses: Selena Gomez is No. 1 you guyz OMG. The former Disney star and Spring Breakers break-out bad girl is back (!) with Stars Dance — 97,000 sold according to Billboard — an album whose title seems tailor-made to nab a little Dancing With the Stars crossover SEO. But make no mistake. The Hollywood multi-tasker has climbed her way to this point, selling a few more thousand copies and rising a notch or two with each of her four albums thus far. As if you cared. But hey, she turned 21 last week. Happy birthday, one and all. Remember when SPIN talked to Vanessa Hudgens about Gucci Mane? Let’s do that again.

2 to 10: After two weeks on top, Jay Z’s Magna Carta Holy Grail slides down to No. 2 (77K) courtesy of a 40 percent sales dip. The infiltration of that former Spy Kid above has seemingly poisoned the well this week, with another Disney Channel commodity landing at No. 3: the Teen Beach Movie soundtrack (57K), which leaps up five positions and 128 percent in sales from the previous week. Then it’s Kidz Bop 24 for some reason (39K), followed by Mark Anthony’s latest album-en-español 3.0 (39K). And because there’s some sort of conspiracy or deal-with-the-devil happening, Florida Georgia Line (Here’s to the Good Times, 30K) and Imagine Dragons (Night Visions, 27K) lurk at Nos. 6 and 7. Then something called We Came as Romans happened (Tracing Back Roots, 26K, No. 8), followed by two glimmers of hope: the Young Money and Cash Money compilation, Rich Gang (24K), is in at No. 9, and Justin Timberlake’s The 20/20 Experience is straight chillin’ at No. 10 (21K).

New Direction? Robin Thicke’s grandpa-approved “Blurred Lines” is No. 1 on the Hot 100 chart for an eighth consecutive week (making it the most successful song of 2013), but there’s change in the air. Love ‘em or hate ‘em (or promise to do vicious, violent things on their behalf), One Direction have some serious momentum with their new single “Best Song Ever,” which sold 322K in week one. For context, the last track to rack up more on a debut was Taylor Swift’s “Trouble.” These boys may get Thicke’s goat yet.

The Hottest 100: Billboard is in the process of unveiling the 100 biggest songs in the history of the Hot 100 and Nos. 100 through 21 are currently live. Click through for highlights as widely ranging as Boyz II Men, the Beatles, Carly Rae Jepsen, and everyone’s favorite band-as-punching-bag Nickelback. Also, Nile Rodgers’ Chic scores the highest published position at this point for “Le Freak.” Another congrats for the man who just beat cancer.