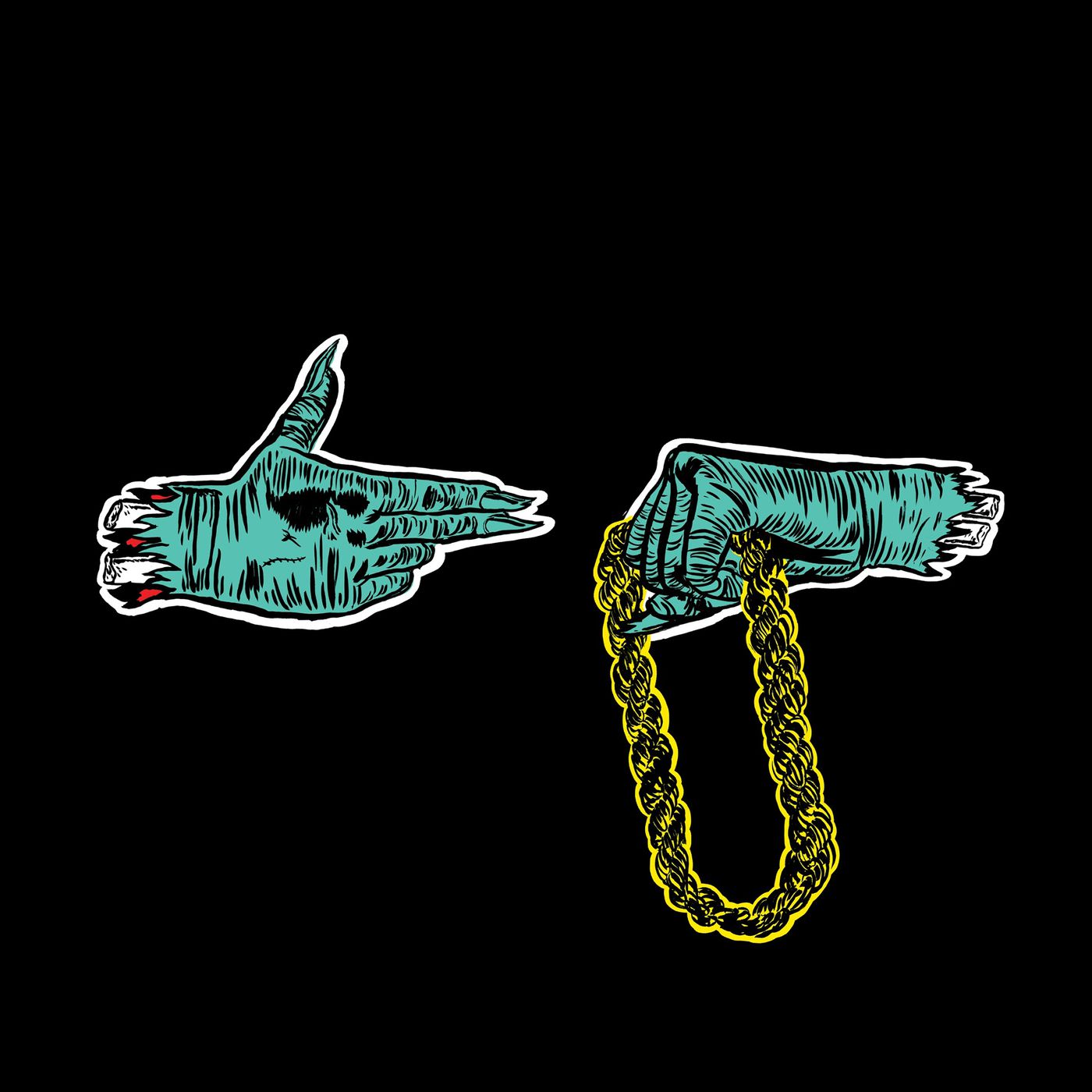 Run the Jewels may be the first time NYC rapper/producer El-P has abandoned his perfectionist’s streak for the exhilaration of immediate results. There are no weighty concepts about drone warfare and abusive relationships (as on last year’s long-gestating Cancer 4 Cure) here; just raw-dog raps and galactic funk alongside Atlanta big homie Killer Mike (whose El-produced R.A.P. Music was another 2012 highlight.) This quick, free joint project is comparatively frizzy, and doesn’t leave a bruising stain of forced mind expansion — just a pleasant memory of good times had by reclaiming “jewels” from the corporate overlords of mainstream rap.

If El-P had operated with more brutal efficiency in his years with Company Flow following 1997 underground landmark Funcrusher Plus, his long-suffering fans might have gotten another full album instead of a few loosies and a palate-cleansing instrumental adventure in Little Johnny from the Hospital before the group disassembled and his rewarding but exacting solo career (only three albums in 10 years) began. Despite the occasional odds-and-sods demo series Weareallgoingtoburninhellmegamix, this is his first true embrace of the post-millennial mixtape ethos: Bang out a few decent tracks over several weeks, collect them into an hour-long freebie, and post it on the Internet.

Thank Killer Mike for this increase in productivity — an intellectual hulk with “pugnacious rhyme patterns” and a surprisingly dexterous flow, he shifts from a Lil Jon-like growl on “Job Well Done” to the slow-grinding lull of “No Come Down,” and he knows how to jump right to the point. He throws stones at luxury rap’s glass house on “Sea Legs”: “I’m the killer of kings and fools,” he claims, adding that “There will be no respect for the thrones” and “Niggas will perish in Paris / Niggas is nothing but parrots.” He claims fealty with the young’uns beaten down by “Gestapo cops” who “can’t hire the Jewish lawyer” on the nihilistic “DDFH” (an acronym for “Do Dope Fuck Hope”); alarmingly, he also licks a shot at Planned Parenthood for “helping plan miscarriages, but I’m lucky Mommy already had a narrative” while reminiscing about being a product of “a teenage love” on “A Christmas Fucking Miracle.” He values emotional appeals to common sense over reasoned and potentially stultifying discourse, and whether you agree with his views or not, you can’t help but marvel at his forthrightness. He doesn’t give a fuck about political correctness.

That rampage of opinions overshadows El-P’s rhapsodic shit-talking, though the self-described “slang pope” of “Banana Clipper” does effectively once again situate his partner in a sonic kingdom of frenzied keyboard melodies, bass throbs, and electro edits reminiscent of Kurtis Mantronik. The two co-exist through mutual agreement, although the neo-Brooklyn futurism of Run the Jewels is a far cry from the Dirty South murk of Mike’s I Pledge Allegiance to the Grind series. So it’s a fair tradeoff for El to serve as director here, but also play supporting actor to Mike’s provocative lead.

Amid the thrills lie two excellent cameos. Big Boi brags about how “my bank account’s obese as fuck” on “Banana Clipper,” and Prince Paul reprises his Chest Rockwell character from the Handsome Boy Modeling School project for some hilariously creepy pimp talk on “Twin Hype Back”: “You’re the kind of girl I could really see myself artificially inseminating.” Enjoy your date.