Plus, hear the soul singer's disco-funk "Get in My Way" 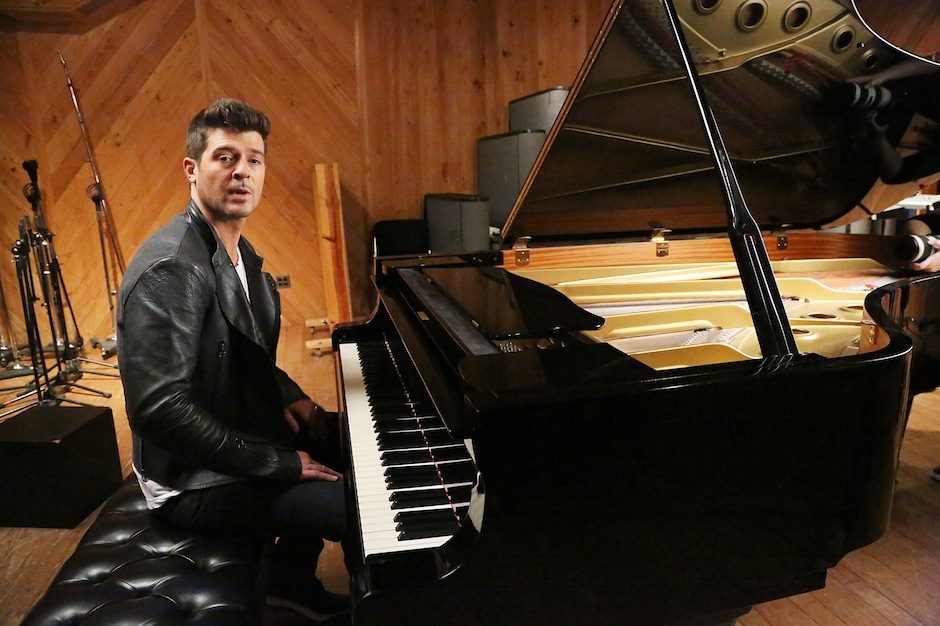 Now that Robin Thicke is a chart-topping hitmaker, a wider audience is discovering what R&B listeners have long known: Yes, that guy with the soul-dripping voice is Alan Thicke from Growing Pains’ son.

Blurred Lines is out July 30, and the younger Thicke keeps sharing morsels that suggest an ongoing shift from baby-making material a la “Sex Therapy” and “Lost Without You” toward lighthearted disco-funk more similar to his big, Pharrell-backed, Vampire Weekend-covered hit. Sure, he slowed it down some on the spartan “Go Stupid 4 U,” and “The Good Life” is straight-up wedding first-dance romance, but the bass-burbling “Ooh La La” could be an Off the Wall-era Michael Jackson castoff, and Timbaland-produced “Take It Easy on Me” brings the Justin Timberlake you miss from FutureSex/LoveSounds back. The latest track to emerge from Blurred Lines, “Get in My Way,” is from the latter, #edgier school, picking up the pace and powering forward through horn-emblazoned synth-funk and baseball metaphors (“I’ll be batting one thousand”). As “I’m gonna make it no matter what you say” workout-inspiration songs go, it’s a solid base hit, at the very least. Is Arthur Baker free for a remix?