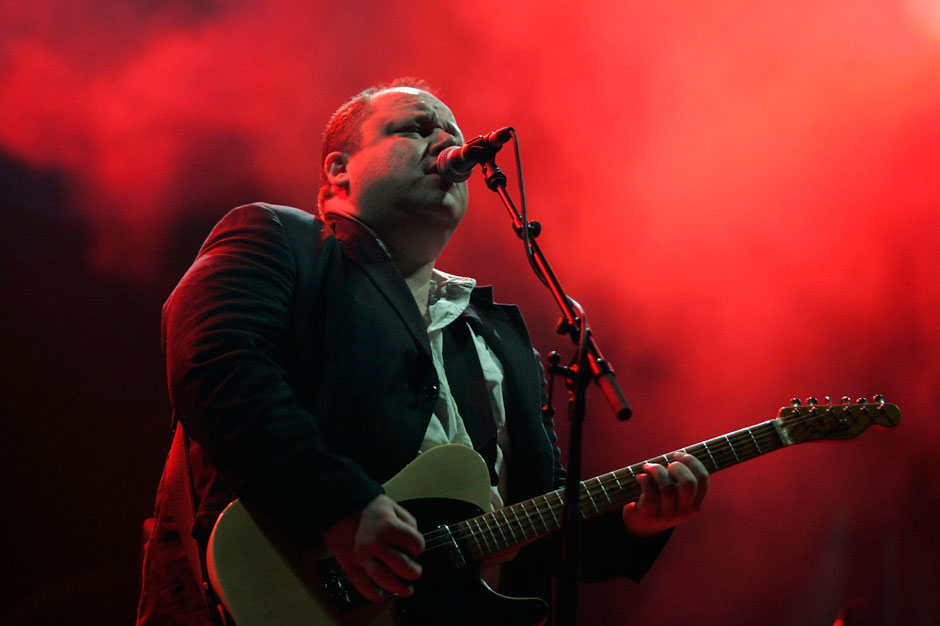 The Pixies, Arctic Monkeys, Elton John, and Robin Thicke are the latest acts to join the lineup for this year’s iTunes Festival in London. They’re piling onto a roster that already features Justin Timberlake, SPIN cover stars Phoenix, Queens of the Stone Age, Vampire Weekend, Sigur Rós, and Paramore.

Apple’s free concert series hosts performances at the Roundhouse venue every night throughout the month of September. Other performers booked for the 30-day showcase include Kings of Leon, Primal Scream, 30 Seconds to Mars, Jessie J, and John Legend. More than 60 acts are expected to play the iTunes Fest, with many more to be announced in the coming weeks. Find a list of confirmed talent below.

Unfortunately, tickets are only available to U.K. residents and are distributed through a lottery system that fans can enter via the event’s official website. But Apple users can catch the shows by way of computer, iPhone, iPad, iPod Touch, or Apple TV.