Obsessives were, quite clearly, trouble when they walked in 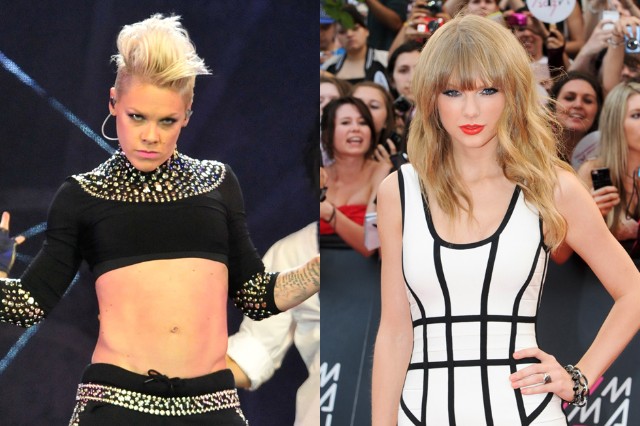 In a bizarre bout of coincidence, a Taylor Swift concertgoer in Pennsylvania and a Pink fan at an Australia show were each arrested at the respective venues after making perceived threats against the stars using social media. Most worrisome was Joseph Jackson, 28, who showed up at Pittsburgh’s Heinz Field on Saturday (July 6) with signs reading, “I luv you,” and “Taylor Swift is with Satan.” He’d previously threatened her via Facebook, says CBS, and was arrested on sight.

Meanwhile, a 16-year-old was nabbed at Melbourne’s Rod Laver Arena on Sunday after tweeting, “@Pink I’m ready with my Bomb. Time to blowup #RodLaverArena Bitch.” According to The Hollywood Reporter, he’s since claimed that he was merely referencing her The Truth About Love bonus track, “Timebomb,” but it was enough to get him plucked from his seat by police who identified him by his Twitter profile picture. He was released but is expected to face charges in court.

“Certain actions you take on the internet are illegal by definition,” attorney David Shrager told CBS. “My advice is don’t say anything on the internet you wouldn’t say in front of a police officer, a judge, a prosecutor or your mother.” Meanwhile, the Swift fan made it clear to arresting officers that he had her best interests in mind, apparently telling them that “Taylor Swift is Satan, and that 6,000 years is six days and death comes on the sixth day, so Taylor Swift is in danger.”