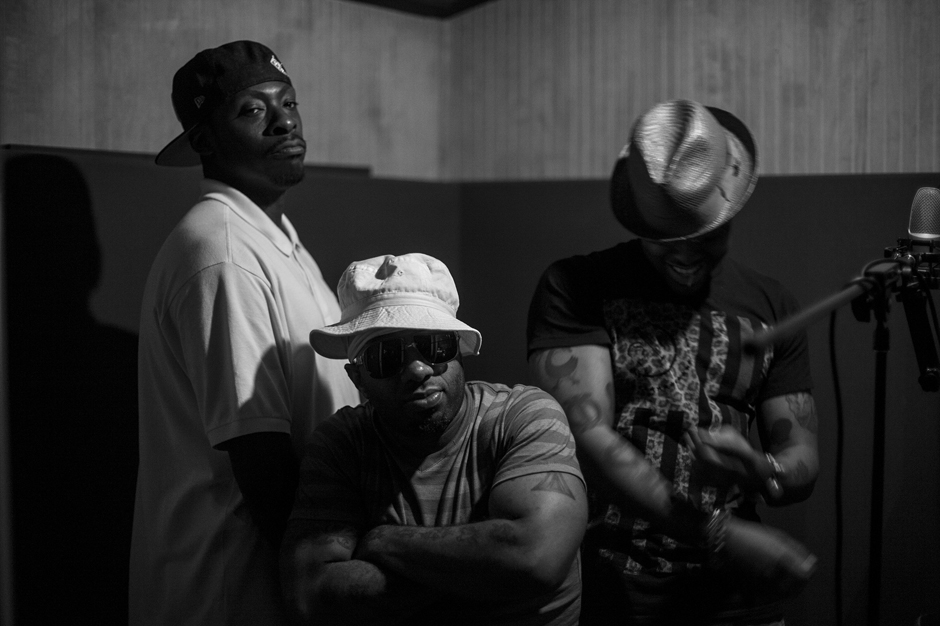 With ’90s-style Bronx rap making a comeback, there are a number of current rappers aiming for Camp Lo’s throne. Figures that in 2013, a West Coaster might be best equipped for the task. Ab-Soul of Kendrick Lamar’s TDE crew meets up with Geechi Suede and Sonny Cheeba on “Don’t Ya Just Love It,” the newest track from 80 Blocks From Tiffany’s Pt. II. For those keeping track, that’s the second collaborative album from Camp Lo and legendary producer Pete Rock (Marley Marl, Nas, Heavy D, Rakim). Over the hint of a guitar riff buried deep in the dusty beat, Geechi and Sonny talk colorful shit before clearing the way for a typically bristling, humorous verse from Soul. Rock told SPIN about the making of the track:

“My experience with Ab-Soul was extraordinary! We got at each other on Twitter and kind of developed a lil something there and that was the beginning of our first meeting. When he came to New York he came by the studio while I was working on 80 Blocks. We were already discussing working with each other and he ended up liking a song he heard [that] I did for Camp Lo and I asked him if [he] would rock on something and he immediately picked ‘Don’t Ya Just Love It.’ It was dope as he already knew the history of Camp Lo and was a fan and did it with no hesitation. He also played me his new album and I was blown away by his talent.”