Awards show's relationship with tunes has been vexed 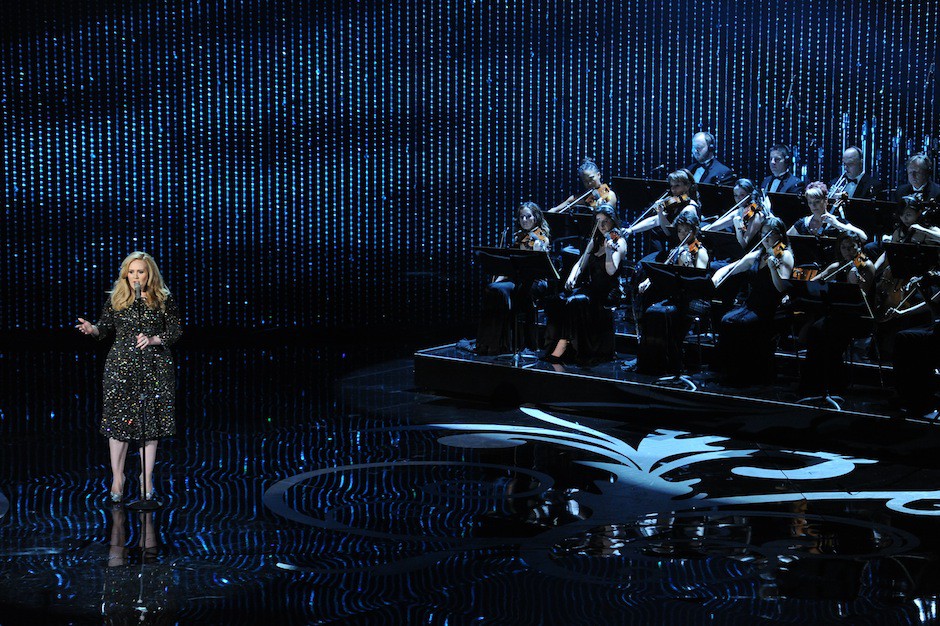 The Academy Awards have had a complicated few years when it comes to acknowledging the role of music. (And that’s not to get started on host Seth MacFarlane’s sense of humor, which just goes to show you should never accuse someone of being a “misogynist” when you can less controversially call them “ugly” and “stupid.” Boobs!) This year, Adele saved the night by performing her Best Song-winning “Skyfall.” The previous year, the Academy nominated only two Best Song contenders, and neither of them were performed on the show. The Academy had to change its own rules to avoid being embarrassed again.

Despite all this, the Academy did give Trent Reznor a Best Score statue in 2011 for The Social Network, so they’re not entirely hostile to the past few decades of new music. And next year, according to the Hollywood Reporter, the Academy plans to put on a concert showcasing 2014’s Oscar nominees for Best Song and Best Score. What remains to be seen is whether this signals a renewed interest in music on the part of the Academy or another attempt to shunt music off to the side. Either way, Randy Newman can be assured of a gig.

The concert is set to take place on February 27 at UCLA’s Royce Hall, with the Academy Awards to follow three days later on March 2.THR quotes an e-mail to members of the Academy’s music branch, sent by the branch’s heads. “It is our hope that either the original artists or the songwriters will perform their own songs live,” wrote the three branch governors, whose names are Charles Fox, Arthur Hamilton, and David Newman. As for the scores: “A symphony orchestra of Los Angeles studio musicians will perform a suite from each score of up to 10 minutes in length. Subject to availability, each original composer will conduct his/her own work.”

THR notes that it’s not yet known how holding a separate evening of song and score performances could affect the Oscars telecast. Will Beyoncé and André 3000 still show up for the awards ceremony to give their The Great Gatsby rendition of Amy Winehouse’s “Back to Black”? Not in a just world, they wouldn’t, either way. But whether the Academy manages to pick songs that are dull or transcendent, we don’t know if those nominees will now get double the time in the spotlight — or be shunted out of it altogether. Cue the exit music.

Eat It, Affleck: Who Should Really Win the 2013 Oscars