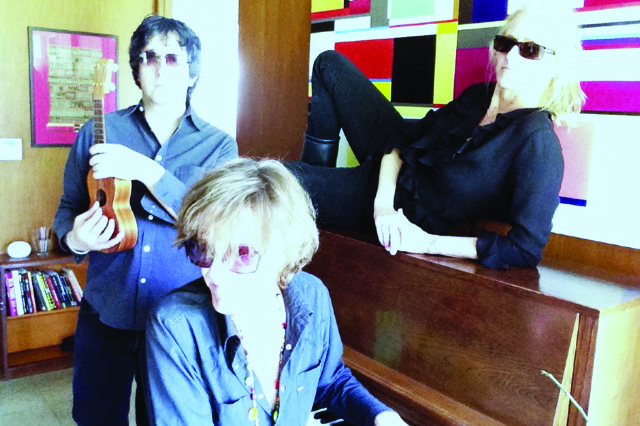 With all due respect, shoegaze’s history wasn’t written by English bands alone. Out in Los Angeles, a group called Medicine were adding to the ’90s art form in their own way, tempering all that guitar wash and rhythmic drone with bright, psychedelic notions and unexpected shifts in arrangement. Though prolific founder Brad Laner released an album under the Medicine name (The Mechanical Forces of Love, featuring accompaniment from Bruce Lee’s daughter, Shannon Lee) the band’s original lineup has been inactive for the past 18 years. On August 6, they’ll release their first new set of songs together since 1995’s Her Highness.

On their forthcoming LP for Captured Tracks, To the Happy Few, guitarist/mastermind Laner, singer Beth Thompson, and drummer John Goodall are a force to be reckoned with once again — deadly inventive, and armed with the chops and chutzpah required to deliver on their wild ideas. More than just My Bloody Valentine comes to mind listening to these 10 songs. The Beatles, Beach Boys, and Captain Beefheart are prominent influences, while contemporary peers include Of Montreal, Bat for Lashes, and Tame Impala. And to think, these three only reconnected because Tracks reissued their first two albums last year. Let the healing begin: