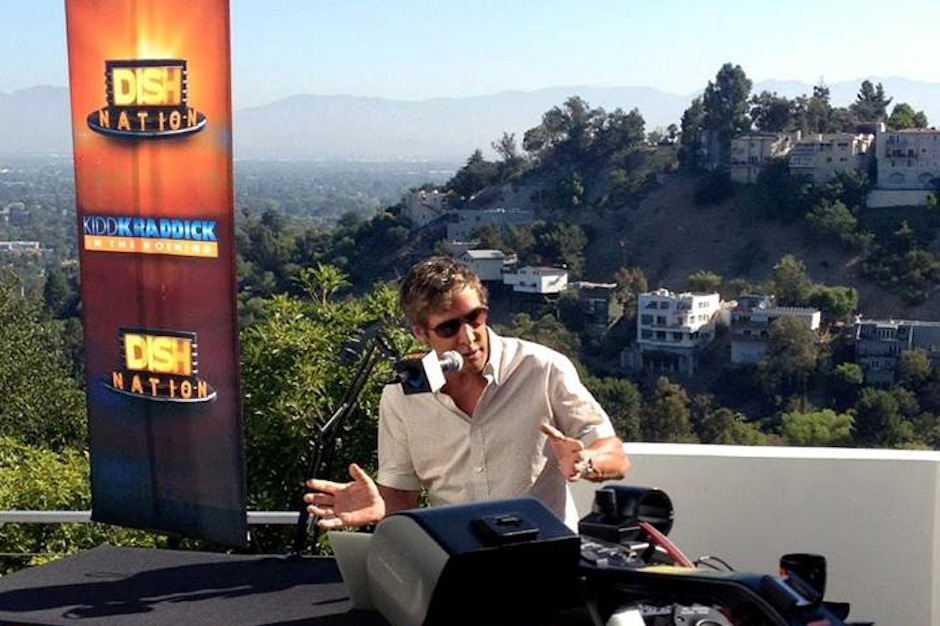 David “Kidd” Kraddick, a Dallas-based radio personality, has died at age 53. According to a July 27 statement on the Facebook page for Kraddick’s syndicated Kidd Kraddick in the Morning show, Kraddick passed away earlier that day at a New Orleans golf tournament benefiting his Kidd’s Kids charity. The statement reads, “He died doing what he loved, and his final day was spent selflessly focused on those special children that meant the world to him.”

According to the Dallas Morning News, Kraddick’s show airs on more than 75 radio stations nationally, including Dallas’ “Kiss FM” KHKS-FM, and is broadcast on TV’s Dish Nation. Kraddick began his morning show on Kiss FM in 1992. He would famously sign off his broadcasts by saying, “Keep looking up, ’cause that’s where it all is.” The cause of his death was not yet released.

News of Kraddick’s passing led to an outpouring of condolences. Fall Out Boy’s Pete Wentz wrote, “Rest in peace, kidd kraddick. Sad news, always had fun talking to him…” Texas’ own Kelly Clarkson wrote, “Oh man, I just heard Kidd Kraddick died! He’s my childhood dj. What a sad day. His poor family. He was always nice 2 me from the beginning.” A tweet about Kraddick by One Direction’s Harry Styles has been retweeted more than 55,000 times

“All of us with YEA Networks and the Kidd Kraddick in the Morning crew are heartbroken over the loss of our dear friend and leader,” the official statement said. “Kidd devoted his life to making people smile every morning, and for 21 years his foundation has been dedicated to bringing joy to thousands of chronically and terminally ill children.”