No Really, Don’t Talk to Kanye (He Might Hurt You) 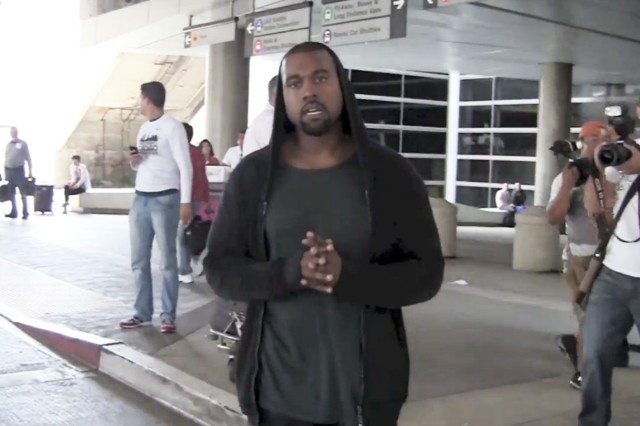 Kanye West had a physical confrontation with a paparazzo at Los Angeles International Airport this afternoon, according to TMZ. Photos show the Yeezus auteur with his hands on the photographer — it looks as if he’s attempting to grab the man’s camera, although an unidentified eyewitness claims that West threw punches. Apparently whatever took place was enough to justify the arrival of paramedics, who can be seen tending to the shooter in another photo.

According to TMZ’s source, Ye was leaving an LAX terminal (apparently returning from the same trip that resulted in the epic “Don’t Talk to Kanye” rant) when he was descended upon by around five photographers. Apparently the one who got the worst of West kept needling him with aggressive questions (now revealed to be inspired by said “Don’t Talk to Kanye” rant), which inspired the musician to go H.A.M. on the situation.

In the video, shortly before Kanye attacks, he spells out the situation for the offending photographer. “What you’re trying to do is get me in trouble so I step out and have to pay you like $250,000.” Apparently he decided it was worth the cost: