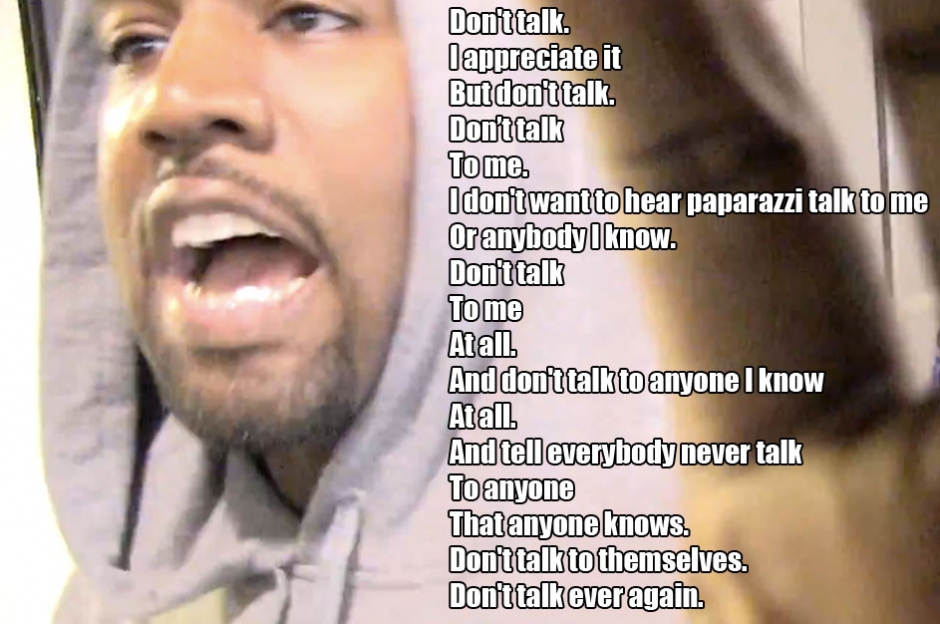 Wearing his magical Gray Hoodie of Anonymity, Kanye West attempted to make it through the Los Angeles International Airport without harassment today (July 12), but his efforts were thwarted by a member of TMZ’s Celeb-Auguring Coven. The paparazzo began by addressing the man as Yeezus, and attempted to butter him up with some casual flattery. But West wasn’t having it. Not in the least. In a rant that begs to be AutoTuned (Gawker has already turned it into poetry), Ye began, “Don’t talk. I appreciate it … but don’t talk.” He went on along those same lines, reaching a crescendo of sorts toward the end, when he said, “Don’t talk to anyone I know at all. And tell everybody never talk to anyone that anyone knows. Don’t talk to themselves. Don’t talk ever again.” Then, when pressed about a sequel to Watch the Throne he made a strategic lunge at the camera. As TMZ points out, he broke one of their soul-capturing devices at LAX in 2008 (while wearing the very same enchanted sweatshirt). It remains to be seen whether or not West’s Spell of Silence will stick.