Who: “I’m never really conscious of what I’m being influenced by when I’m writing,” says London’s Jon Hopkins by way of introduction to his new album, Immunity. “I really do just write on instinct.” Showcasing a vision of techno at its most four-dimensionally epic — pulsing and throbbing in all directions, like a rave inside a thunderhead — the album marks a considerable shift from the airy, electro-acoustic atmospheres of his three previous solo records.

Techno Is Hard: While touring 2009’s Insides, he says, “I found myself on lineups with loads of amazing different people, and I started to get exposed to really intelligent ways of involving danceable rhythms with deeper music. The kind of rhythms that got stuck in my head over those years started coming out as soon as I started writing Immunity.” Not that it was an easy process. “The first song I wrote was ‘Open Eye Signal,'” he continues. “I always like to start writing a record from a really different perspective, and I’d never written a track like that, never tried to write techno. I guess I thought maybe it would be, not easy exactly, but I thought you could know it would work. And I was just completely wrong. It made me realize how much skill goes into it and how little I knew about it. Just going on instinct, I had to really work and work at it until I found a rhythm that was addictive enough to justify an eight-minute track with no melody.”

Soft Then Loud: Immunity represents a particularly radical change in direction from Hopkins’ best-known project until now, King Creosote’s Mercury Prize-nominated 2011 album Diamond Mine, in which he wrapped the Scottish folk singer in gauzy, ambient sound. “It was a quiet record, and I was desperate to make some noise again,” says Hopkins. “After that had done well, it felt like maybe I had the best chance that I had ever had — even though my stuff’s always going to be quite underground — of making something that got people’s attention. I think I took eight or nine months to make Immunity. I just focused on mainly that, and it felt amazing. It felt like I was finally making something all in one go that would be coherent, that would be a definitive statement of how I felt right now — what it’s like being me at this point in time, and something that would hopefully transport the listener away somewhere.”

Music of Chance: One of Hopkins’ most frequent collaborators has been Brian Eno. Hopkins played on one song on the ambient godfather’s 2005 album Another Day on Earth, and, alongside guitarist Leo Abrahams, a school buddy, shared title credits with Eno on 2010’s Small Craft on a Milk Sea. (Eno even brought Hopkins on board to provide what the album credits list as “Colours and Additional Production” on Coldplay’s Viva La Vida.) His acquaintance with Eno came about, fittingly enough, entirely by chance. “Leo was trying out guitars in a guitar shop,” explains Hopkins. “Brian [Eno] happened to be in the same shop and just overheard him playing something quietly to himself, and then he introduced himself, and they started jamming, and after a year or so of knowing each other, Leo told me that Brian had asked him if he knew anyone else that might be good at joining in. Improvisation is my thing. I’ve always done that. Leo and I have played together since I was like 13. So Brian just called me out of the blue one day, and that was it. I went in and we got along really well. That was 2003. He brought a lot of projects my way, but Small Craft was born out of sessions we did for the Lovely Bones soundtrack. It was the darker and weirder stuff that was never going to get in that film.” 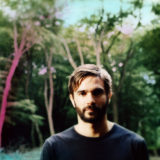 He Was Young and Needed the Money: “It was a useful experience, but it wasn’t fun,” says Hopkins of his attempt at writing commercial pop when he was fresh out of school. “I’m not someone who can just be paid to play keyboards on songs. I tried to do it — I needed the money, but it made me really unhappy and ill to be doing it.” His erstwhile partner “is a lovely guy, and we’re still friends, but at the time he wasn’t making stuff that was doing well. We were demoing for pop acts and not getting the job. I was living off tiny amounts, and it was difficult. But you need those struggles.”

Repetition and Relaxation: Not only did the experience teach Hopkins the basics of song structure, the stress forced him to learn coping strategies. “It was a difficult life, and I got quite agitated, and I had to learn some relaxation techniques. I went to a hypnotherapist and learned how to hypnotize myself and explored orthogenic training, how to relax each part of your body. I found that you can really get yourself into a trance without the need for any drugs or anything. It’s harder the more you do in your life, and I wasn’t doing much then, so I found it quite easy to just slip into this other mode. I tried to include techniques from that on this record — mainly just the ideas of repetition and gradual evolution over a long period of time. Those things seem to have an effect on the brain, to slow it down and to make it kind of open to these transcendent experiences.”

Trial by Fire: “It’s not a natural world,” says Hopkins of his brief, adolescent foray into the competitive world of concert piano. “I was all right with competing, but I happened to win it, which was ridiculous. It was a concerto competition, so the prize meant playing with the orchestra.” Hopkins, who had enrolled in music college primarily in order to get access to a studio, found himself under the gun to deliver a perfect performance of Ravel’s Piano Concerto in G. “It actually went really well,” he recalls. “It was the best I’d played it. But at no point did I lose myself in the performance. There’s so many fucking notes in that thing. I remember looking down at my hands — this is the one point where I nearly freaked out, and obviously there’s no [sheet] music on the piano, it’s all been learned weeks and weeks before. And I just remember looking at my fingers and going, ‘What are they doing? How are they doing that?’ I managed to stop my brain going down that train of thought any further, because that way madness lies. Like that film Shine. Which, coincidentally, was filmed in the same concert hall, on the same piano, with the same conductor! In the film, he has a breakdown when he’s playing Rachmaninoff. It really felt a little like that, except that he did go mental and fall over, and I just finished it and went home and got stoned.”

Jon Hopkins, This Is Happening