Thanks RIAA! Jay-Z Has 99 Problems But Going Platinum Ain’t One 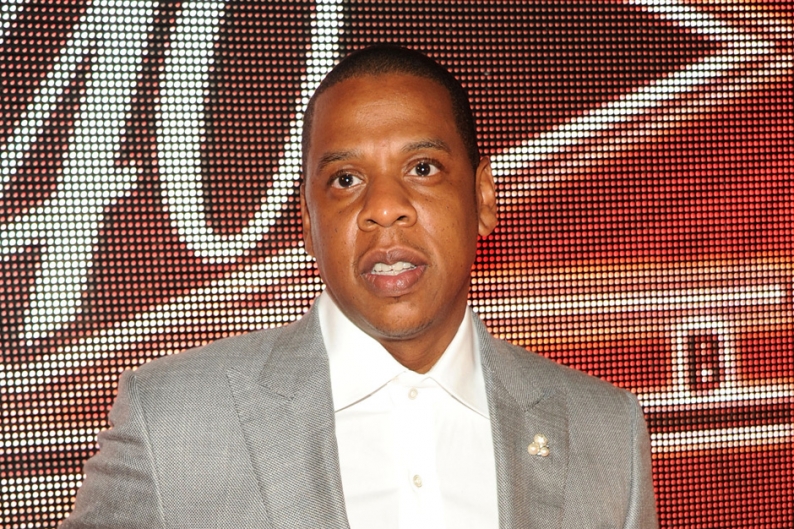 In the process of selling us the very concept of selling out, Jay-Z and his temporary album distributor Samsung have already “sold” one million copies of the New York heavyweight’s forthcoming Magna Carta Holy Grail. Really, Jigga has only sold those digital LPs to the cell phone company, who’ll give ‘em out for free to their customers on July 4. Our magnanimous holy host has made a big deal about the “#newrules” he’s invented in the process.

Billboard has made it clear that as no actual sales are taking place at the consumer level, that cool million won’t be worth a lick when it comes to the album’s placement on their Nielsen-powered numbers chart. But everyone’s favorite Recording Industry Association of America, the RIAA, is doing away with some #oldrules that would block Jay from receiving a platinum designation — one million copies sold — for MCHG due to his savvy business negotiations.

The trade group announced on Monday (July 1) it’s doing away with a stipulation that artists must wait 30 days following an album’s release to apply for platinum (or gold, or silver, etc.) status where digital “sales” are concerned. The original rule was apparently minted to give people time to send their recent physical purchases to the “used” bin at their local record shop before the numbers were tallied. But one cannot return an MP3 for cash, sadly.

Here, the RIAA answers the question about whether they count the Samsung freebies as “sales” with an emphatic “yes.” The only true change made by redacting this rule is that Jay-Z won’t have to wait a month before they send him a framed, metal-dipped copy of his triumph. (If only the RIAA were in charge of distributing croissants.) So it all boils down to giving Hov the chance to set a new industry record — a sure shot at the inside baseball pennant.