Who Charted? J. Cole Conquers Kanye, Jay-Z Is Poised to Retake the Throne 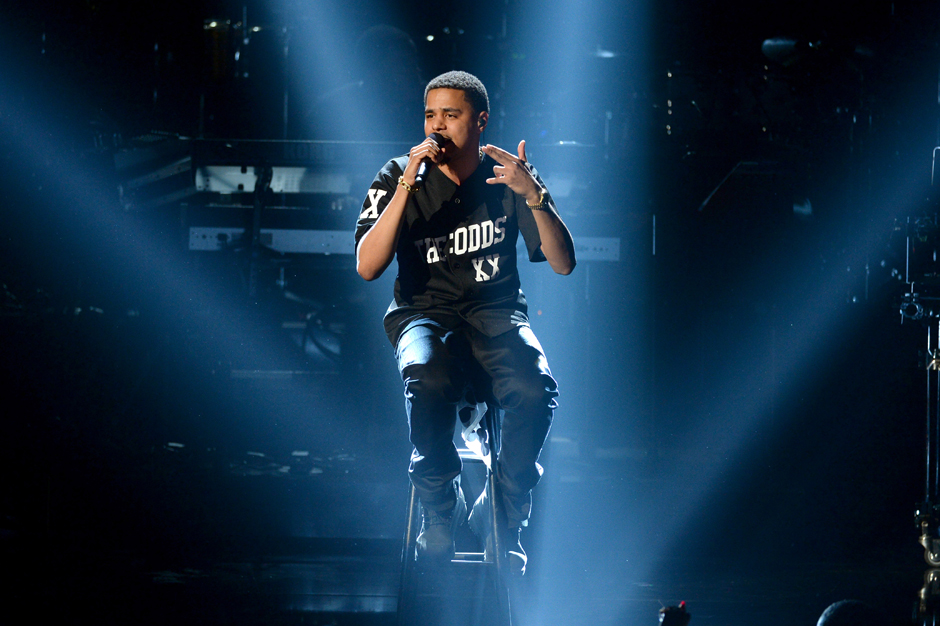 First! We may not be the biggest fans of his incessant emotional wallowing and general lack of fire, but J. Cole is to be applauded for making the rare climb to having the biggest album in the nation. Born Sinner scores a No. 1 on its third week, moving 58,000 and surpassing Kanye West’s Yeezus in overall sales (439K to 431K) — the two albums debuted on the same day. In the 22 years that Nielsen SoundScan has been counting beans for Billboard, only 76 chart-toppers started somewhere lower on the list. Still, stow the “Power Trip” — Cole’s sales figure this week is the sixth smallest No. 1 haul in history.

2 to 10: The holiday week was incredibly slow, leaving room for all kinds of unexpected lameness. Unsurprisingly (after the initial shock experienced last week) Wale’s The Gifted slips down to No. 2 (50K), while Yeezus chills hard at No. 3 (39K). Weirdly, Imagine Dragons nabbed their highest ranking since Night Visions hit the chart all the way back in September (No. 4, 36K), and Florida Georgia Line hop up a slot to No. 5 with Here’s to the Good Times (32K). Awesomely, mononymous R&B dude Joe returns with Doubleback: Evolution of R&B landing at No. 6 (31K), while Daft Punk’s Random Access Memories dips down to No. 7 (28K). Macklemore & Ryan Lewis continue to hoist their Heist upon us, jumping to No. 8 from No. 12 (24K). Bruno Mars’ Unorthodox Jukebox also rises four slots to No. 9 (22K) and Blake Shelton leaps from No. 15 to No. 10 for Based on a True Story (22K).

Jigga Goes Bigga: Critical debates aside (because we know Yeezus blows its Hampton wad all over Hov’s fancy-ass goblet) it looks like Jay-Z’s Magna Carta Holy Grail will move between 350K and 400K. West’s latest came in at a disappointing 327K — of course, that’d be an astounding figure if he’d started his career as a noise-rap experimentalist. Still, looks like we now know who’s watching the throne and who’s sitting in it.

Robin Us Blind: Robin Thicke’s “Blurred Lines” is No. 1 on the Hot 100 for a fifth week after selling another 423,000 copies digitally (that was the previous week’s figure as well). It’s the second song, following Gotye’s “Somebody That I Used to Know” to sell at least 400K thrice across three weeks. It’s No. 1 on Radio Songs too, and Pop Songs, and On-Demand, and Digital Songs, and Hot R&B/Hip-Hop Songs, and R&B Songs. You get the idea.