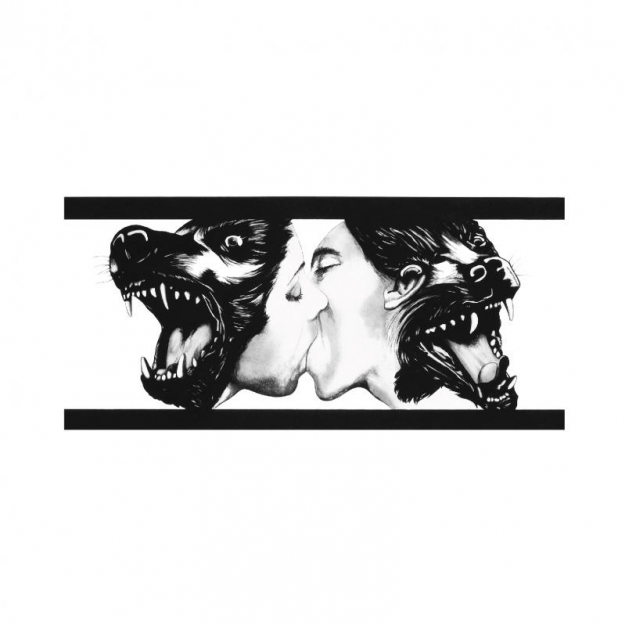 On September 10, Holy Ghost! will drop Dynamics, the follow-up to the DFA duo’s 2011 self-titled debut. The Brooklyn synth duo shared lead single “Dumb Disco Ideas” back in May, and now they’ve unveiled the upcoming LP’s artwork (above) and track list (below). According to a press release, longtime DFA affiliate Michael Vadino designed the album’s cover, which features a rendering of “Strong in Love” by artist Robert Longo.

Holy Ghost! have also revealed “Teenagers in Heat,” a pulsating outtake from the Dynamics studio sessions and co-produced by James Murphy. The track will soon be released digitally and on 7-inch vinyl. Until then, stream it below, along with some tour dates.