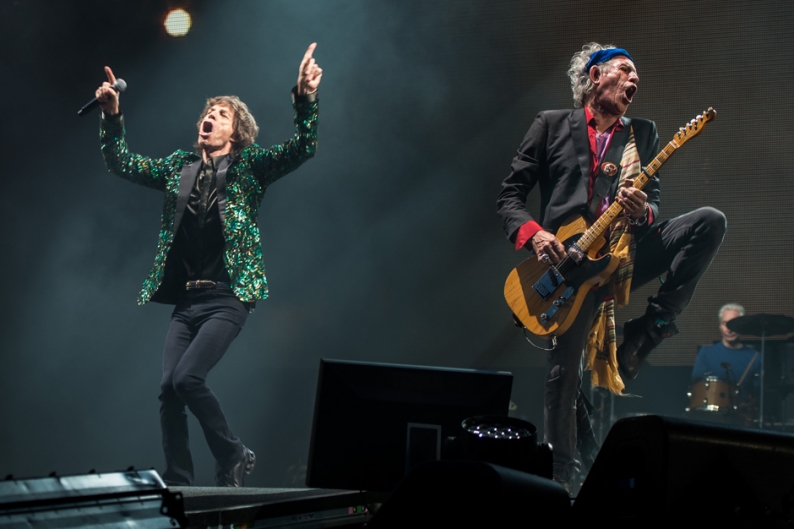 Get yer wah-wahs out, ladies and … well, ladies. An attendee of England’s iconic Glastonbury Festival gave birth in the wee hours of Sunday (June 30) following the Rolling Stones’ headlining performance. Heidi Wesson, 33, and her partner Sean Crothers of Leicester welcomed a healthy infant daughter into the world around 3 a.m. after Wesson went into labor two weeks early. Reached for comment, Mick Jagger’s hips appeared quite pleased with themselves.

But as The Independent points out, this is not the first Glastonbaby. A spokesperson for the 43-years-running festival pointed to a tradition, of sorts: “We’d like to send our congratulations to the family. We look forward to welcoming them back in future years. We’ve had babies born here that are now grown-ups. They still come every year. That’s a beautiful thing.” Wesson told well-wishers that both she and the baby are “fine and fabulous.”

The Stones broke Glastonbury records for single-stage attendance on Saturday night, drawing 100,000 fans to their set according to The Hollywood Reporter. In addition, 2.5 million folks at home watched a portion of the set live on the BBC. We’re fairly certain that no mamas were caught lurking in dark corners, but this vintage clip of Jagger and co. performing “Have You Seen Your Mother, Baby, Standing in the Shadow?” was too good to pass up.