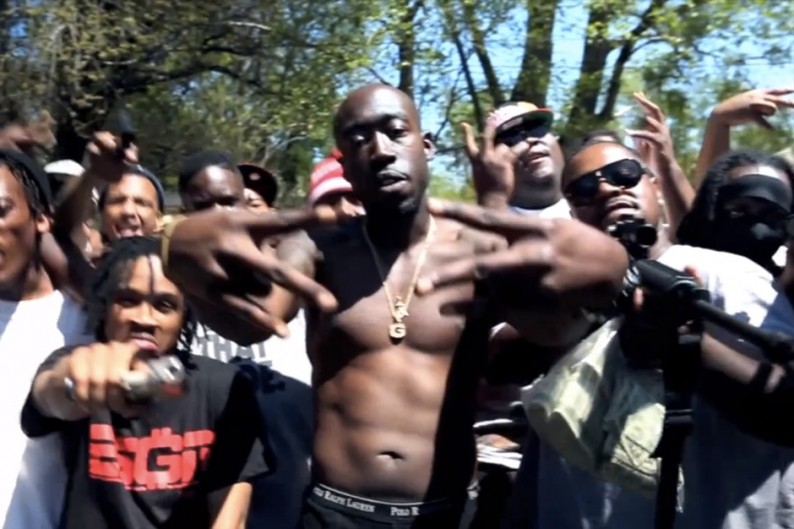 Gangsta Gibbs is in full effect on “Lay It Down,” a track from his recently released ESGN album that dwells wholly, unapologetically in the trap. That fact is amplified by the television news clip that opens the song’s video, in which a news anchor refers to a “reason to go to Gary, Indiana” (Freddie Gibbs’ hometown) when a second talking head responds: “Ever been to Gary, Indiana?” No. “That’s the reason you’d wanna go then. Really. I [went] one time and [thought] I needed to take an AK-47 with me.” Cue Gibbs surrounded by a whole lot of locals packing a whole lot of heat. The place looks like an industrial wasteland where the only sources of entertainment are shooting craps and guns. While grinning goons dangle plastic bags of cash in front of the camera, Freddie raps in real time: “I be with them killers, bitch.” There’s no redeeming social value — this is pure gangsta for aficionados of the art form.

Last month we heard “One Eight Seven” from Evil Seeds Grow Naturally and considering there’s a song on the set called “I Seen a Man Die,” it’s safe to say Gibbs is feeling dark the