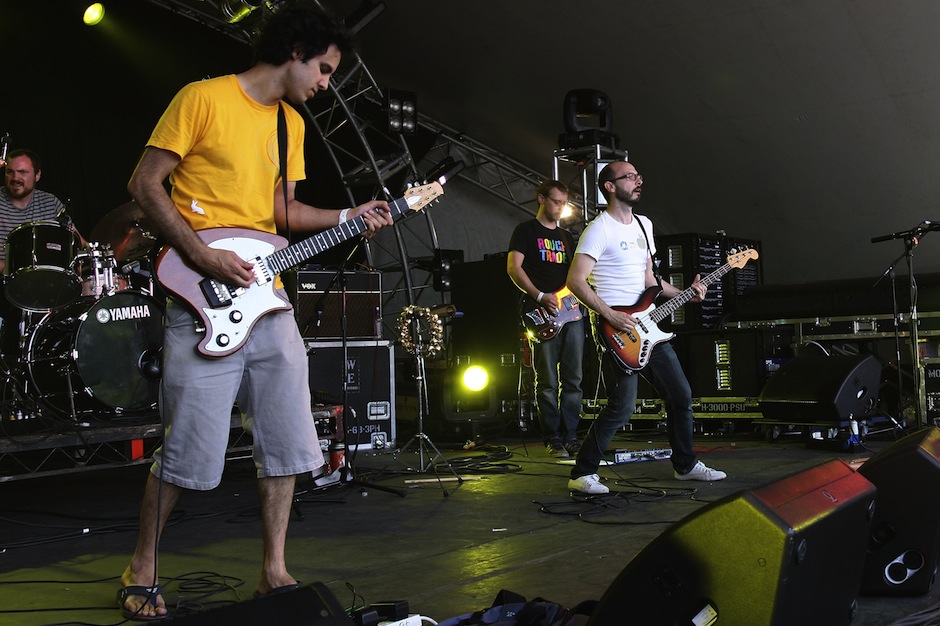 Kieran Hebden has unveiled the first track from his upcoming Four Tet album Beautiful Rewind, which the producer announced this week would be “coming soon.” As it turns out, “Kool FM” is a beguiling but somewhat jagged house track that’s closer to the scuffed-up rave updates of last year’s Pink than the angelic vocals and sublimely patient melodicism of 2009’s There Is Love in You. Dubstep-buzzing sub-bass looms behind sustained, metallic hums, atop an itchy, four-on-the-floor thump, before being joined by throwback jungle drum breaks and a chopped-up male voice that repeats the word “hey.” Significantly, the song’s title was also the name of the London pirate radio station known for being the first to play hardcore jungle.

Hebden’s been a busy man as of late. He recently reissued Four Tet’s pioneering 2003 LP Rounds and produced Wenu Wenu, the new studio album from Omar Souleyman, due October 22 via Ribbon Music. Preview a track from that effort via SPIN, and check out our recent interviews with Souleyman and Hebden. As promised, no last-minute Rick Rubin.