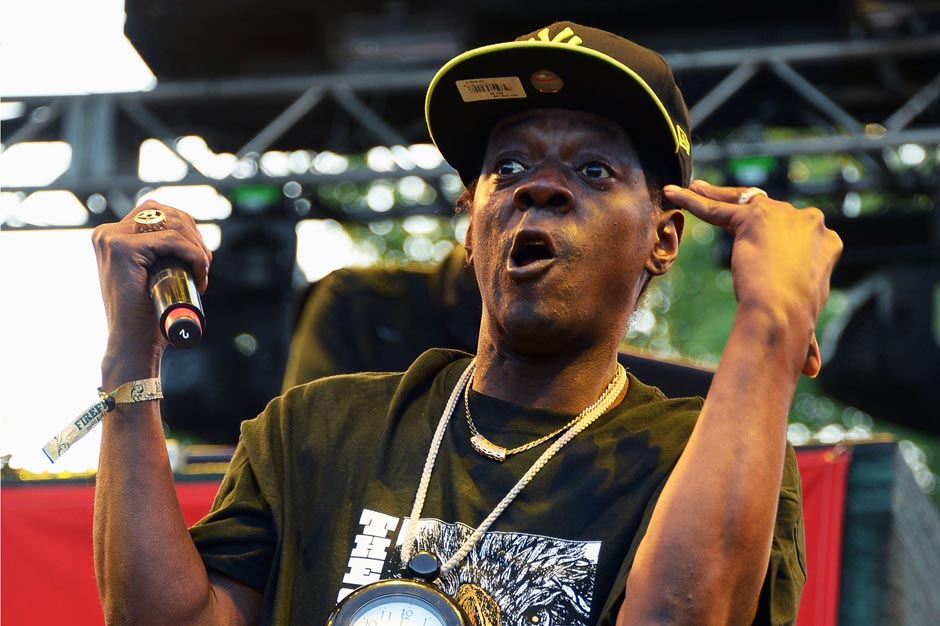 Nooooooooo, boy! Less than a year after it opened, Flavor Flav’s Chicken & Ribs is out of business. As TMZ reports, the Public Enemy rapper’s last remaining food joint was evicted from its location in the Detroit suburb of Sterling Heights after months of not paying rent.

The restaurant with the motto “Chicken you crave, perfected by Flav” has been in hot water for over a month, ever since the landlord sued for over $20,000. The establishment was shut down in June, but Flav’s lawyers filed a motion to stay the eviction, paying $3,500 for the month’s rent and re-opening the following day. Unfortunately, Flav and his business partners didn’t pony up the rest of the money, and a judge denied them another stay.

Earlier this week, U-Haul trucks were seen emptying out the place, with police on hand to make sure everything went peacefully. Oddly, on Tuesday (July 23), the (former?) Public Enemy member posted on his business’ Facebook page: “Don’t Believe All That Hype Out There Folks..We Are Not Going Anywhere! In Fact We Are Having Visitors Next Week!! LL Cool J/Ice Cube/Flavor Flav W/His Group Public Enemy & De La Soul Will Be Coming Right Here!!!”

Flav’s luck with restaurants is flat out terrible. His previous two, Flav’s Fried Chicken in Iowa and House of Flavor in Las Vegas, both closed within six months of opening. To be fair, Flav hasn’t been involved in the day-to-day operations of them — he’s just bad at choosing business partners.

Based on Yelp reviews, Chicken & Ribs appears to have had a mixed reputation. As one former customer put it, “Flavor Flav’s food is so bad it makes me want to eat at Arby’s.” Then again, “The greasy chicken smell and Kesha music complemented each other nicely.” So there’s that.

But fear not, Flav fans. The rapper — who was charged with two felonies after allegedly trying to stab his future stepson — returned to the restaurant’s Facebook page to affirm that everything was fine: “No worries we are relocating!!! Stay tuned for our official announcement later this evening!!!” Following that, he wrote “DETROITTTTTTT WHERE YOU AT?????”, suggesting that his next location is going to be in the city that just filed bankruptcy. Savvy.