Pete Wentz: "There were ideas, yelling, laughing and a lot of jokes" 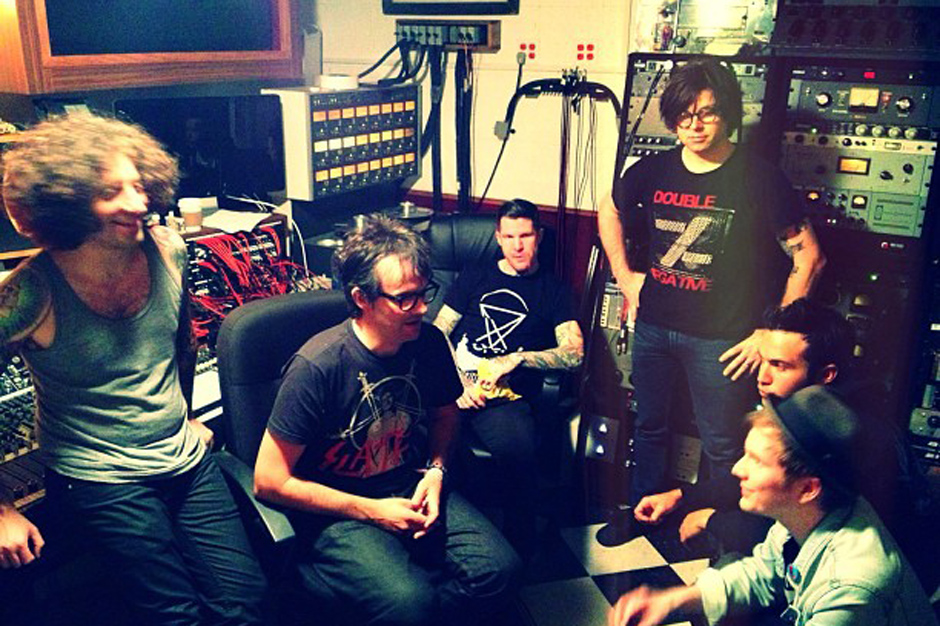 Pete Wentz has confirmed that Fall Out Boy recently completed a couple of inspired sessions with rock renaissance man Ryan Adams. The bassist Instagrammed a photo from the latter’s Pax-Am Studio in Los Angeles last week, and spoke about the collaboration to Rolling Stone. “It was punk rock,” said Wentz. “The stuff that makes you want to kick the shit out of your bedroom at your parents’ house. It’s impossible to deny the spirit of what was happening there.”

Yet it appears the back-to-back nightly sessions were only informal jams following an introduction by mutual musician friend Butch Walker. Asked what the band will do with the eight or nine songs workshopped, Wentz replied, “I would hope that somewhere in some universe you could put out a seven-inch and kids still care. I think there’s a side of our band in our fans that would appreciate some of the noise that Ryan comes up with … [hear] the raw energy that happens [in] sessions like that.”

The band behind the über-successful No. 1 (in 27 countries!) album Save Rock and Roll will devote their considerable resources to acquiring some sort of machine that allows them to reach the aforementioned places in the universe where people dig vinyl (a Nissan Sentra might do the trick). He also described the experience as like “hanging out with your older brother that got you into punk rock. Except he gets all the jokes and he’s not like, ‘Here’s these shitty kids’ or whatever.'”