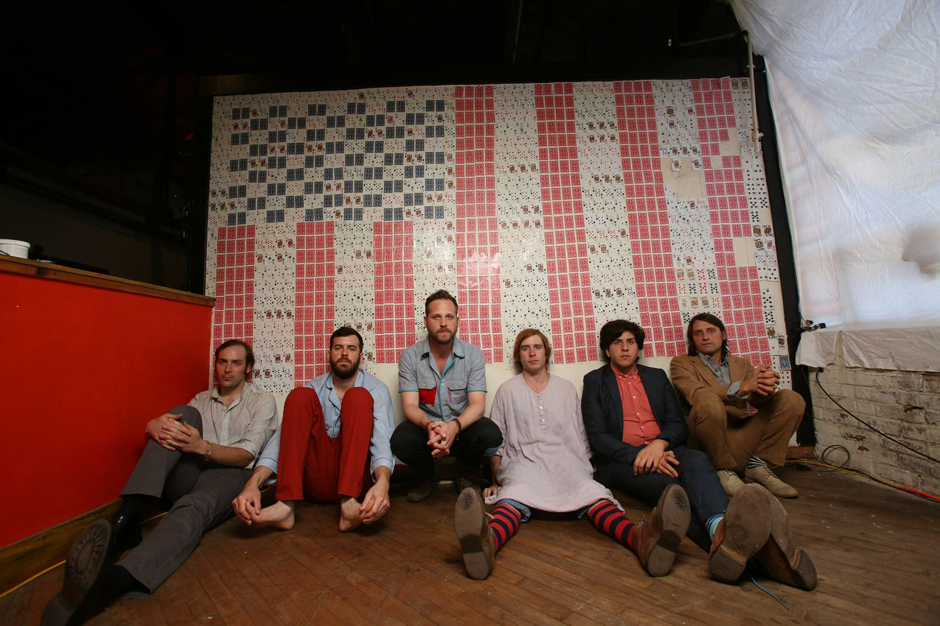 Dr. Dog will return on October 1 with B-Room, the Philadelphia band’s eighth album and the first to wholly embrace their more soulful leanings. In aiming to follow up last year’s Be the Void, also released on Anti-, the sextet started with a brand new studio. Leaving their beloved Meth Beach behind, the gang set to building a fresh space in an old silversmith mill themselves, and when they were done, they began to work.

They’d more or less spent what would have been their demo period on construction, and instead of slowly developing ideas brought in by bassist-singer Toby Leaman and guitarist-singer Scott McMicken, Dr. Dog worked together from scratch, mimicking the manner in which they built their studio. The group recorded much of the new album in full-band live takes, which wound up lending the songs an urgency and a simplicity they might have lacked otherwise.

The end result is heard in songs like “The Truth,” streaming below, in which a pure soul sound reigns supreme, clearly inspired by the likes of Philly greats Gamble and Huff. Powered by incredible harmonies and a comfy swing, the track is a timeless slab of melancholic beauty. Sway with it.