Electronic Anthology Project won't 'Give Up' on 'Plans' 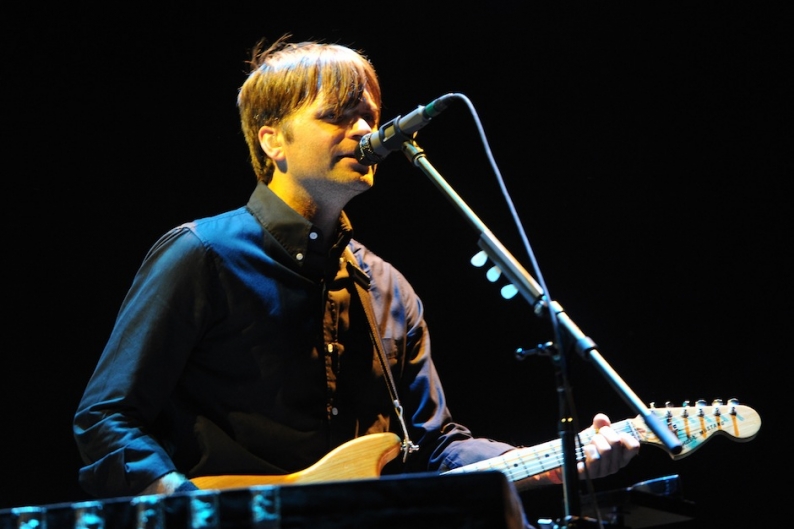 Judging by the way things went for the Pixies, Ben Gibbard must be this close to the stage of his indie-rock nostalgia cycle where Death Cab for Cutie fires Chris Walla and replaces him with, um, let’s say former Art Brut member Chris Chinchilla. True, Gibbard has indicated Death Cab will record a new album, but since his recent solo album his career has been folding in on itself: The Postal Service reunion. The Give Up reissue. Death Cab’s career-spanning vinyl box set. The gig where they’ll play their best-loved album in full.

Either the high point or the low point of this string of self-reflection — at the very least, the moment where the snake eats its tail — has arrived in the form of the Electronic Anthology Project’s “Soul Meets Body.” Gibbard and Built to Spill bassist Brett Nelson have remade the first single from Death Cab’s 2005 major-label debut, Plans, as moody synth-pop that isn’t unlike a higher-gloss cousin of the Postal Service. Basically, it’s the Postal Service if they used ’80s synths and drum machines rather than ’00s computer software. Which only adds another curious wrinkle to the nostalgia factor.

If you like Death Cab and/or the Postal Service, you will almost certainly Feel Things while listening to this, for better or worse, or both. Also check out Nelson’s Electronic Anthology Project take on Dinosaur Jr.’s “The Lung,” which is in a similar style but harder to overthink — well, actually think of Dinosaur Jr.’s guitar-wracked 1989 cover of the Cure’s synth-pop “Just Like Heaven,” except in reverse.