Next track from 'The Next Day' slated for August drop date 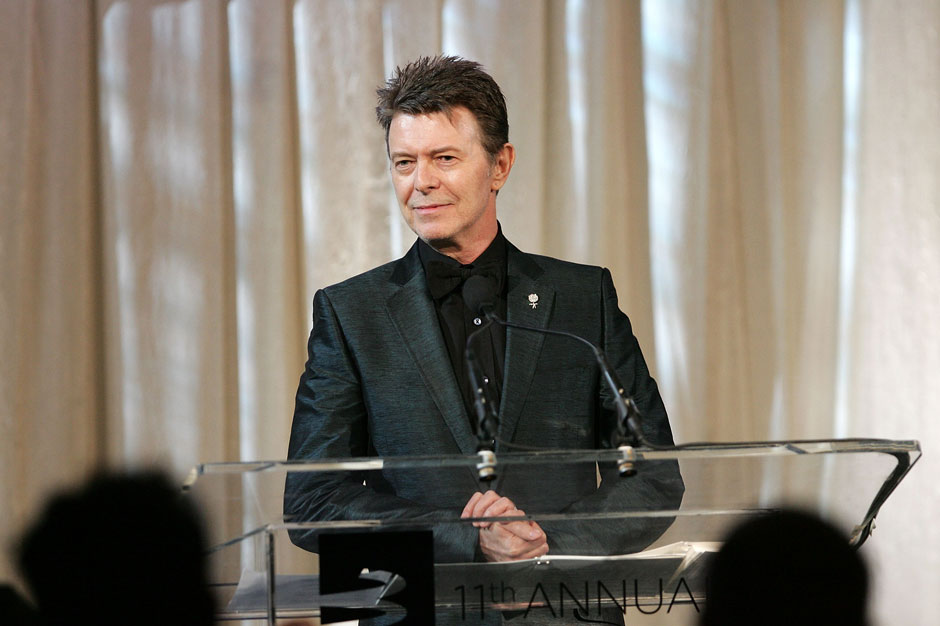 David Bowie is planning to release yet another single from The Next Day, his first new studio album in a decade. “Valentine’s Day” will arrive as a 7-inch picture disc on August 19 in the U.K. and August 20 in the U.S. via ISO/Columbia.

According to a post on Bowie’s Facebook page, the fast-approaching record will come in a “transparent plastic sleeve overprinted with a white square so that the disc shows through the transparent lettering.” What’s more, if you look at the image below, “you can just make out what the picture on the record actually is.” More details will be revealed in the coming days, but fans can pre-order the package right now by heading here. An instrumental track called “Plan” will serve as the B-side to “Valentine’s Day.”

“Valentine’s Day” is just the latest single to surface from the Thin White Duke’s recent comeback record, following “Where Are We Now?,” “The Stars (Are Out Tonight),” and the Catholic League’s personal favorite, “The Next Day.”

Hear “Valentine’s Day” below, and scroll further to try and parse the picture disc’s cover art. 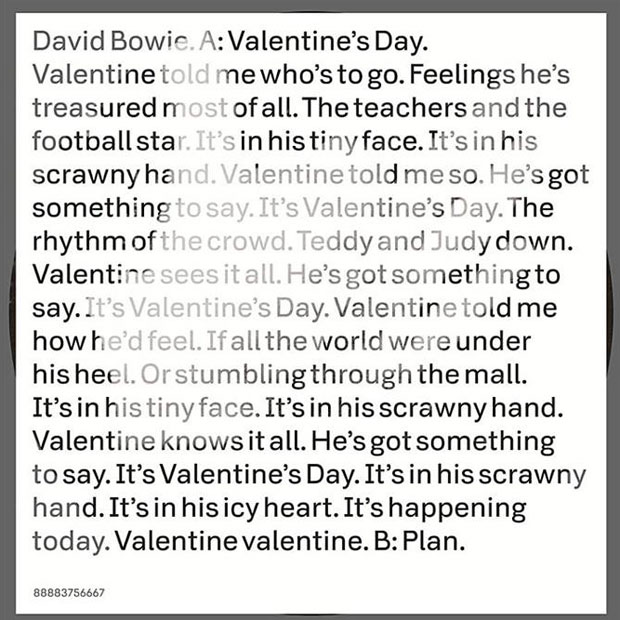