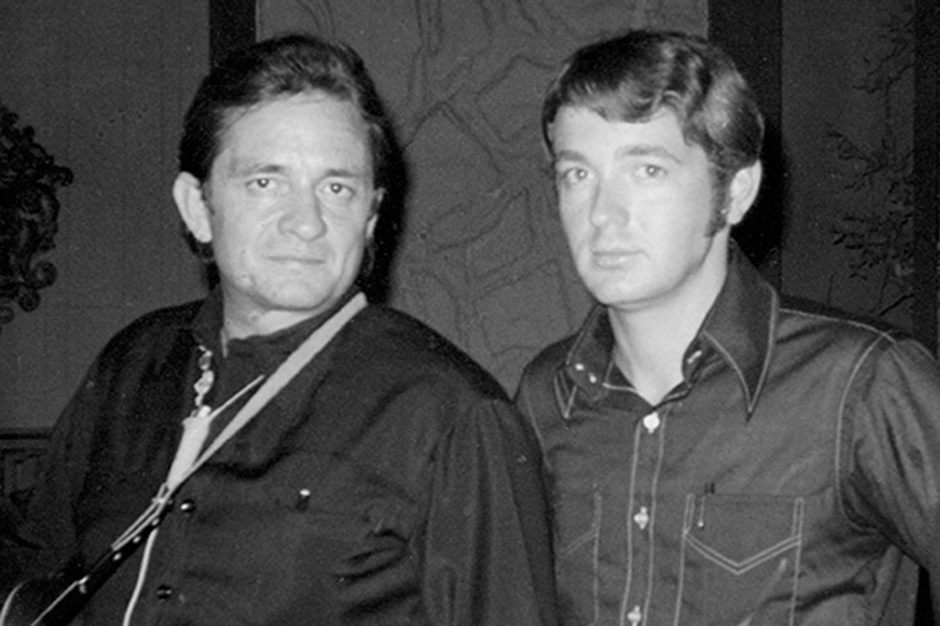 Chance Martin worked as right-hand man to Johnny Cash throughout the 1970s, serving as the Man in Black’s stage manager and lighting designer. But in 1981, he cut his own musical path with In Search, an otherworldly mix of country, garage, and psychedelia, a little-heard Southern Gothic gem delivered by a spacesuit-wearing lovin’ man.

“We didn’t want it to sound like anything else happening,” Martin says of the LP, which was written on Cash’s very own D35 Martin. “I still don’t think it does.”

Originally, In Search received a super-limited vinyl release — only 1,000 copies were pressed. Now, Martin’s solo debut is getting a proper reissue on vinyl, CD, and digital formats via Paradise of Bachelors. This “new vintage” edition, as Martin calls it, arrives on July 16, but the whole 13-track, genre-defying collection is streaming below. Standouts include the previously heard “Mr. Freedom Man” (via Brooklyn Vegan), and the spoken-word torch poem “Blue Monday” (via Consequence of Sound), as well as the molten passion plea “Love by Chance.” To Mr. Martin, though, every moment associated with In Search is a highlight.

“I consider [recording] it the greatest time of my life,” he says of the album. “Nothing stands above that to me. I wish I had a time machine so I could go back and relive some of those sessions. I guess the closest thing I’m doing is listening to it by myself, riding in the country in my car. It’s like watching a slideshow. I can actually see and hear things. It’s almost like I can hear [my bandmates’] voices sometimes talking to me. And that’ll always be with me, and I treasure that.”