Click on random GIFs and photos for a unique experience 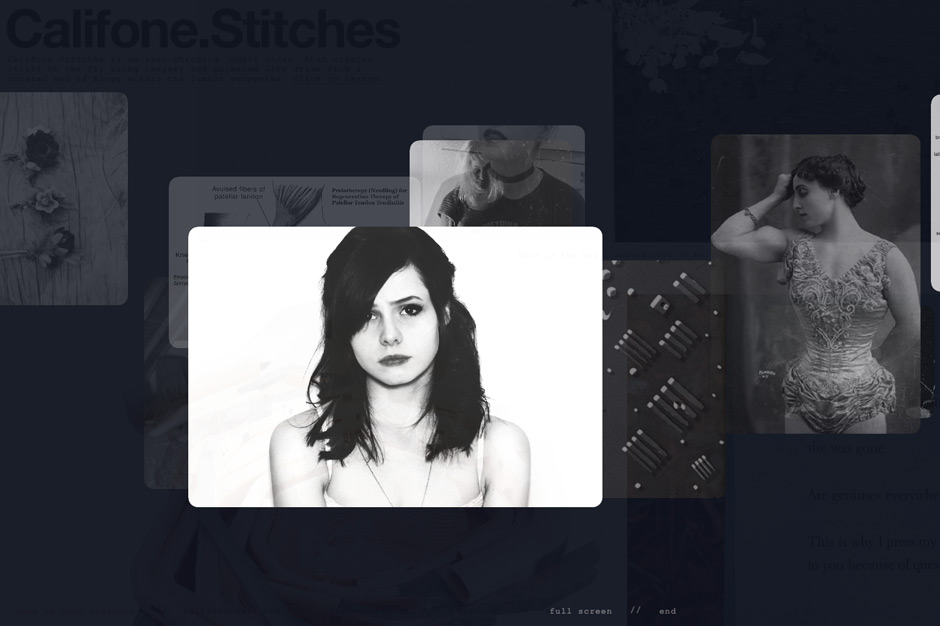 While Kanye West’s “interactive” video for “Black Skinhead” stretched the definition of the word — slow motion and screenshots? c’mon, man — Califone’s new visuals for “Stitches” actually gives viewers something to do. Working with filmmaker Braden King and programmer Jeff Garneau, the experimental Chicago crew created the new video “using static imagery and animated GIFs drawn from a curated subset of blogs within the Tumblr ecosystem.”

Translation: every time you view the thing, you’ll get a unique experience. The photos and GIFs drift across the screen and feature shots of celebrities, artistic nudes, anatomical drawings, beer ads, and much more stuff that you’d expect to find at a modern gallery (or, yes, in a five-minute tumble through Tumblr). Users can click on each element and post it to Califone’s “Stitches” Tumblr along with whatever message they feel like sharing.

“Stitches” is the mournfully beautiful title track of the band’s upcoming album, which is due out September 3 via Dead Oceans. Visit Califone’s Tumblr and click “show me your stitches” to watch the video. Felicia the Goat was not available for comment — unsurprisingly, neither were any snitches.