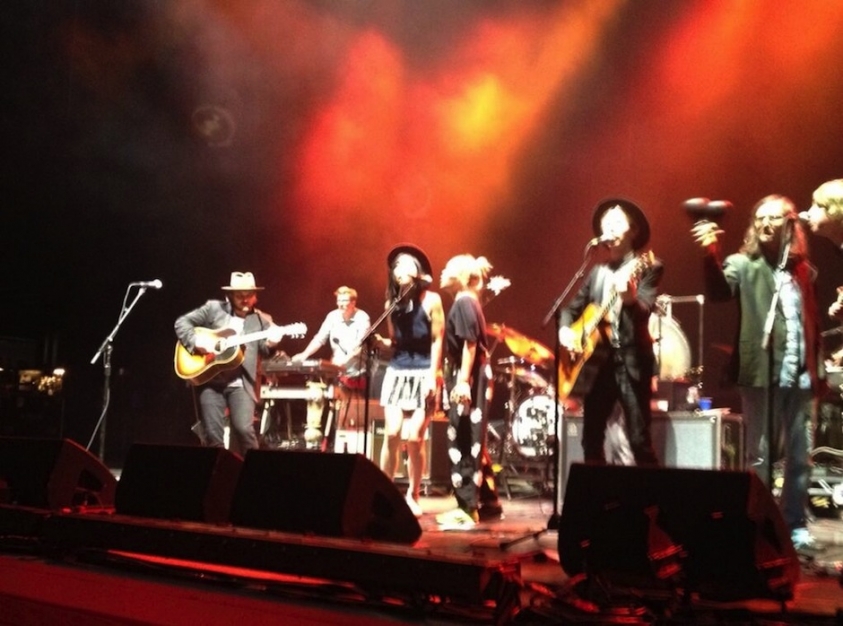 Some of the iconic figures in the past couple of decades of alt-ish music history combined their powers on stage earlier this week to perform a couple of their defining songs. Beck and Wilco performed at New York’s Jones Beach on July 27 as part of the AmericanaramA tour with Bob Dylan and My Morning Jacket. As Stereogum points out, videos have surfaced online that at least allow you to mostly hear — if only barely see — Beck and Wilco teaming up on versions of Wilco and Billy Bragg’s “California Stars,” Beck’s “Loser,” and the Beatles’ “Yer Blues” (they also played “Tomorrow Never Knows,” but we don’t have video for it). Reunited ’90s left-field pop act Cibo Matto and a certain Sean Lennon, who has also been a Cibo Matto member, joined them onstage to assist.

The mediocre audiovisual quality here means these clips are mostly notably as historical curios rather than as performances you’ll replay a week from now. But as historical curios go, these are definitely ones that would blow minds if you could travel back in time and show them on your smartphone to someone in the late ’90s. For many reasons.

A day earlier, on July 26, Beck played a repertoire-spanning acoustic set at Manhattan’s Le Poisson Rouge. Dylan, Wilco’s Jeff Tweedy, and MMJ’s Jim James have previously been captured on video together covering the Band’s “The Weight” and running through the spiritual “Twelve Gates to the City.”