"Billie Jean" did not "Get It On" with him "Sunday Morning" 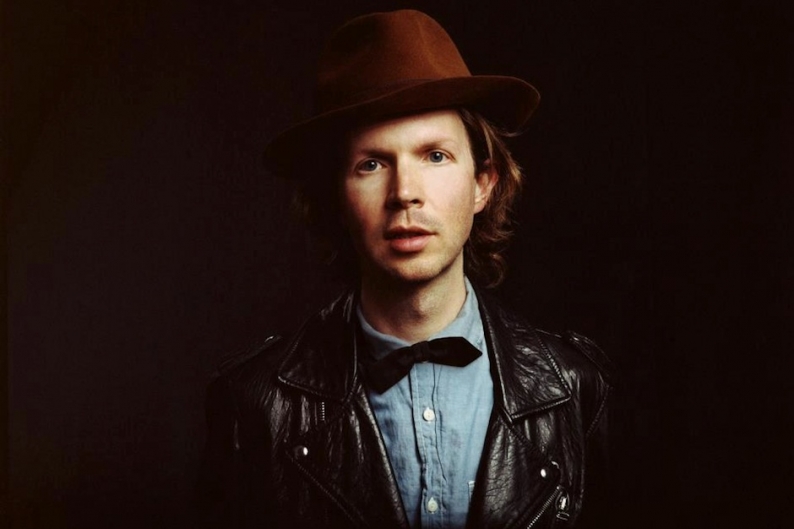 Beck performed last night in Paris as part of Festival Days Off, and he dipped into his formidable repertoire of covers, as you can see — or, at least, hear — from the mostly blurry fan videos below.

Beck also tried at his one-gloved — we wish — hand at Michael Jackson’s “Billie Jean,” originally, of course, from a little 1982 LP called Thriller. The King of Alt blended his King of Pop impression with a stab at T. Rex’s indelible “Bang a Gong (Get It On),” from the U.K. glam-rockers’ 1971 landmark Electric Warrior. Both were incorporated into a performance of Beck’s 2005 Guero track “Scarecrow,” which for all its space-folk oddity has a swaggering bass groove that might’ve already had you singing about how the kid is not your son. (According to fan site Whiskey Clone, Beck previously covered bits of “Billie Jean” during his tour behind 1999’s prescient, plastic-soul Midnite Vultures, but it’s rare for him to sing the words.)

Although full details of the show are unclear, there’s no sign Beck performed either of his new non-album singles, “Defriended” and “I Won’t Be Long,” or material from his other upcoming records. Charlotte Gainsbourg joined him to perform their collaboration “Heaven Can Wait,” a standout from the French singer’s Beck-helmed 2009 IRM. Footage has also surfaced of Beck performing “Devils Haircut,” from 1996 bricolage-pop classic Odelay (one of SPIN’s 125 Best Albums of the Past 25 Years). Plus, there’s “Everybody’s Got to Learn Sometime,” a cover of ’80s British pop group the Korgis that he did for Michel Gondry’s 2004 film The Eternal Sunshine of the Spotless Mind. An incomplete, fan-contributed set list suggests Beck also covered John Lennon, but video isn’t online yet.

Beck is set to play in London on July 4 with Jarvis Cocker, Franz Ferdinand, and more. It’s fitting that he’s been dusting off some songs from the contemporary rock and pop songbook, because he has also been performing material from his Song Reader sheet music set live. An audience member recorded some of that at Beck’s show in Santa Cruz, California, earlier this year, where Beck also covered George Jones.

So there you have it: Beck has covered Michael Jackson, the Velvet Underground, and George Jones on his current batch of dates. And probably John Lennon. Watch out, Wilco.