"We want to create the ideal atmosphere for people to lose themselves in the depths of music, like a journey into another world." 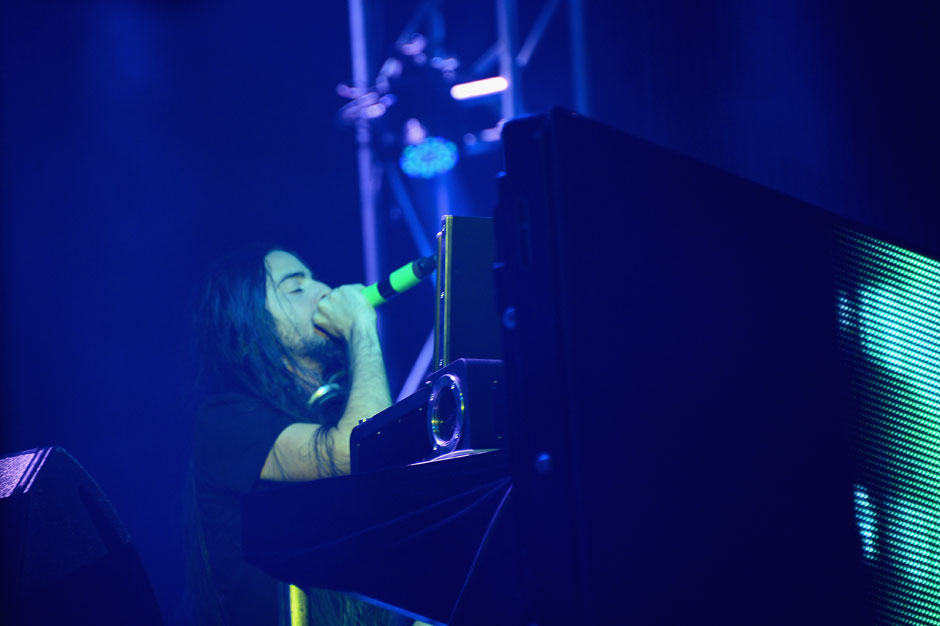 Bassnectar will bring the biggest live show of his career to EDM-philes across North America this fall. The knob-twiddling superstar born Lorin Ashton has announced his upcoming “Immersive Music Tour,” a 17-date trek that promises Bassnectar’s “most extensive production to date to immerse the crowd in low-end frequency and ethereal visuals to match,” according to an official announcement.

“Our goal is to bring you the most immersive Bassnectar experience possible,” Ashton said in a statement, “with enhanced production, enhanced ambassador immersion, and an alphabet of special effects. We want to create the ideal atmosphere for people to lose themselves in the depths of music, like a journey into another world.”

The expedition begins with a September 19 show in Oakland, California, and ends with an October 26 gig in Birmingham, Alabama. Between those performances, Bassnectar will make stops in Nevada, North Dakota, Nebraska, Missouri, Illinois, Michigan, Pennsylvania, Ontario, Quebec, and South Carolina. The Freestyle Mixtape producer will also play a headlining slot at the Mountain Oasis Electronic Music Summit, happening in Asheville, North Carolina, from October 25 to 27.

Members of Bassnectar’s fan club can buy pre-sale tickets beginning July 17 at 11 a.m. CST. Passes go on sale to the general public on July 19 and 20 at 11 a.m. CST. Find dates and venue information below, and scroll down to hear Bassnectar’s fresh remix of Nina Simone’s “Feeling Good,” featured on the new Verve Recordings compilation Verve Remixed: The First Ladies.