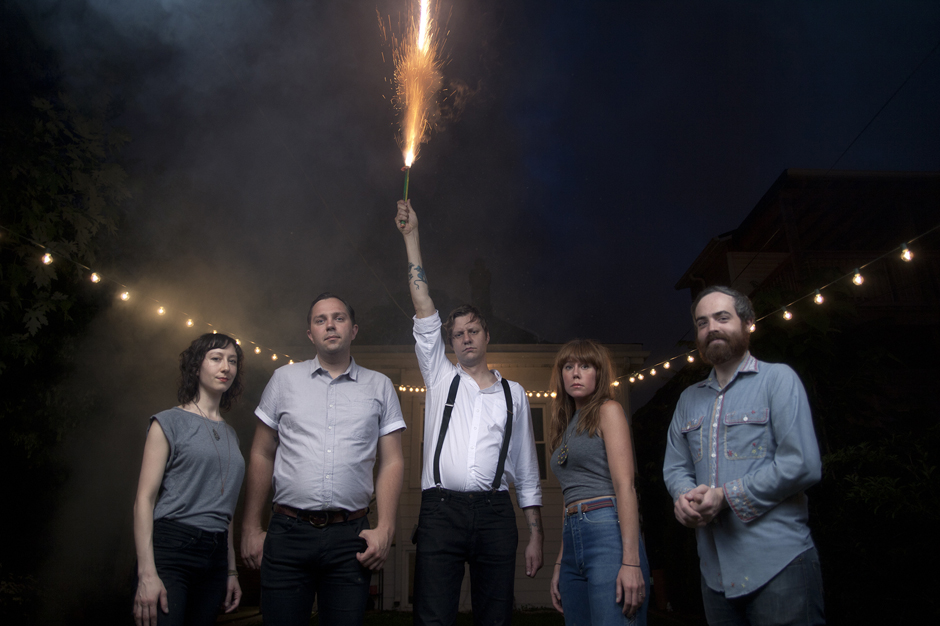 In the absence of new music from the Ponys, fans of noise-streaked rock can turn their lonely eyes to Bare Mutants. The Ponys haven’t put out a studio album since 2007’s bracing Turns the Lights Out dropped via Matador, but the Chicago band’s frontman, Jered Gummere, is back leading a fresh five-piece. Bare Mutants, who also include members of Mannequin Men and the 1900s, will release debut full-length The Affliction on August 9 via In the Red Records; it was recorded at Engine Studios with Sanford Parker (Leviathan, Nachtmystium, Pelican).

Bare Mutants have previously shared “Crying With Bob,” and now you can hear “Growing” first below. Both are patiently sculpted works rich with fuzzy guitar, garage-rock organ, and echoing baritone vocals. “Can you let your feelings go?” Gummere repeats here. As the moderately paced song swells, it lets go just enough.