Azealia Banks and Pharrell Rap About Thongs on ‘ATM JAM’

Clean audio of the studio single emerges via Hot 97 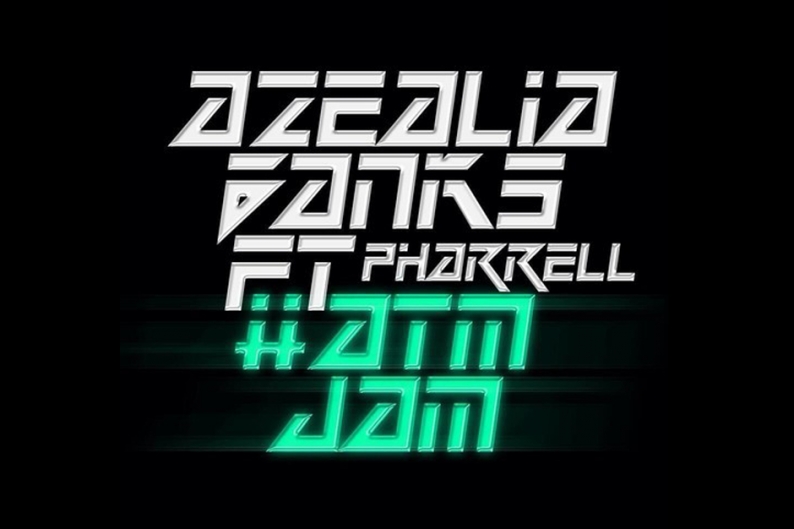 Azealia Banks debuted her new Pharrell-assisted song “ATM JAM” at Glastonbury over the weekend making the arrival of the studio version of the track an inevitability. And indeed, today, Hot 97 played a clean version of the song on the air, finding Skateboard P speaking the repetitive hook and the Harlem MC trying on a couple of different styles over the jittery groove. Verse one owes a bit to Nicki Minaj with its crisp delivery and occasional foray into English accenting. Verse two is a bit more Missy Elliott — a dextrous and stuttering set of bars that ends far too soon. Looking for lyrical clarifications? Banks has been sharing highlights via Twitter. It’s worth noting that Pharrell currently has the two biggest songs in the country, via Daft Punk’s “Get Lucky” and Robin Thicke’s “Blurred Lines.” He also contributed to Tyler, the Creator’s Wolf and Jay-Z’s Magna Carta Holy Grail.