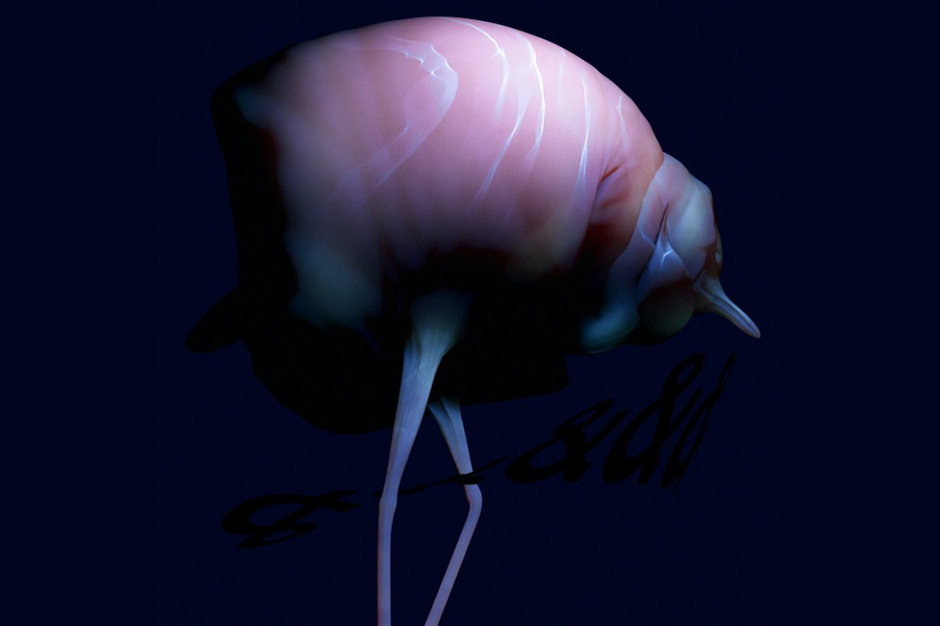 In an old bio for Venezuela-born producer Arca, the young man’s mother writes, “new forms tunes and notes transfers from the heart what is best even in the dissonance.” As grammatically odd as the statement may be, the sentiment goes to the heart of what’s great about the New York-based beatsmith’s work, as heard most recently on Kanye West’s monstrous new album Yeezus.

Born Alejandro Ghersi, he has a mercurial but consistently fascinating touch. His 2012 EPs Stretch 1 and Stretch 2 (released via UNO NYC) explored darkly sparkling sonic territories with an elastic touch, roping in chopped rap vocals, outlandish effects, and deeply dimensional texture. He now follows up his work on one of the most musically fascinated LPs of the year with &&&&&, a blacker but still oddly magical mix of original tracks that is thrilling for its entire 25-minute span.

Download and stream the 14-song set below, and dip over to Arca’s site to see the strange flea-like thing on the cover art wiggle and jiggle in time. Snoop Dogg snippets and seagull samples abound: