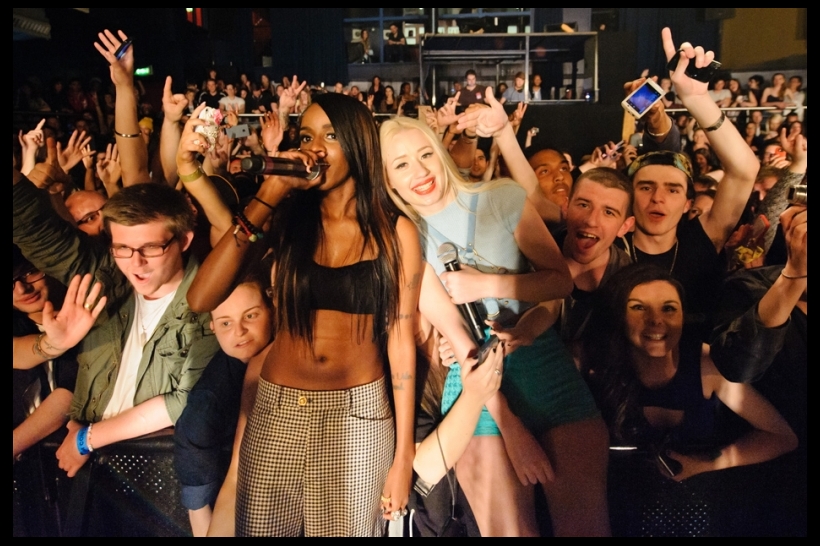 We’re still not exactly sure when Angel Haze’s Dirty Gold is going to be released, but here’s reason for all of that bubbling anticipation to boil over. We’ve already heard the single “No Bueno,” which is mellow by the New york rhymer’s standards, followed by an outtake called “The Initiation.” But on Thursday (July 18), a SoudCloud user shared an unfinished version of a song from the LP that blows everything else away.

The track, which we’ll tentatively call “Turn It Around,” is expertly produced by Canadian crew A Tribe Called Red (remember them from Das Racist’s “Indians From All Directions”?), who provide bassy glitch without resorting to dubstep, tinny drums without falling into (the) trap, and heavy keys without sounding particularly ’90s. Haze frankly raps her ass off, speed-rhyming about her ascent and those who would love to see her fall.

Angel was a bit upset about the leak at first, but she’s since decided you shouldn’t have to deprive yourself based on a principle. Therefore, with the artist’s blessing, enjoy this fiery anthem to self-sufficiency: