'All Is By My Side,' focused on Jimi's pre-fame years, premieres at Toronto Film Festival 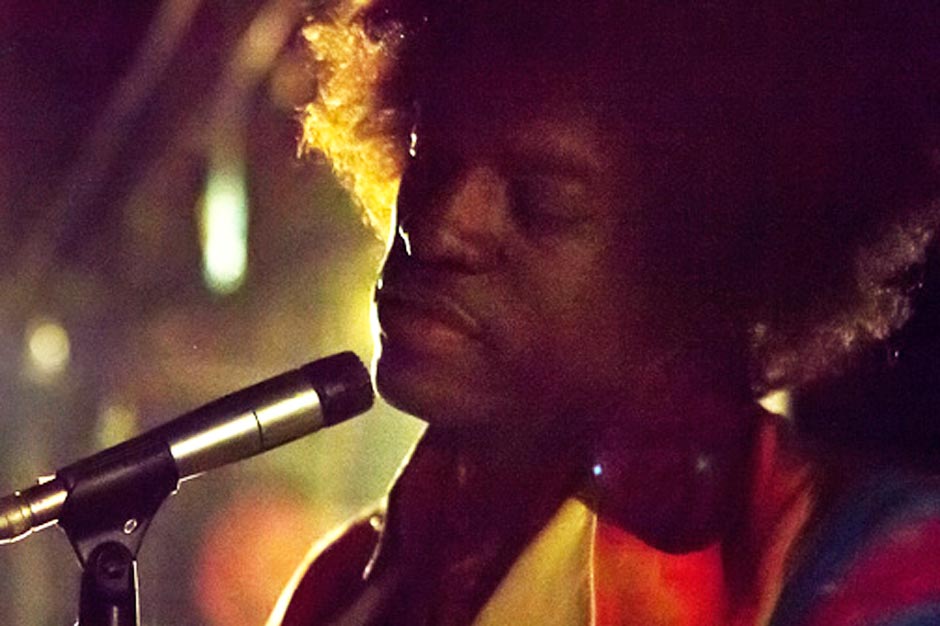 Following a few leaked photos from the set, fans can now get their first official glimpse of André 3000 as Jimi Hendrix in an upcoming movie. The OutKast star portrays the guitar god in All Is By My Side, which will have its world premiere at the Toronto International Film Festival in September.

The biopic focuses on the years before Hendrix blew up, and sadly won’t feature any of Hendrix’s original songs thanks to his estate’s refusal. Instead, André will sing covers of the Beatles (Jimi once performed “Sgt. Pepper’s Lonely Hearts Club Band” in front of the band, just days after its release), Elvis, Muddy Waters, and the Troggs, whose song “Wild Thing” closed out his star-making, guitar-burning Monterey set in 1967.

“In researching him, I saw that a lot of the paths that he went down where the same ones that I went down when I was a young kid,” Andre said last November. “He did what he thought was right for his music. I always gravitated towards him. This movie is the real shit right here. I think people will learn things they didn’t know.”