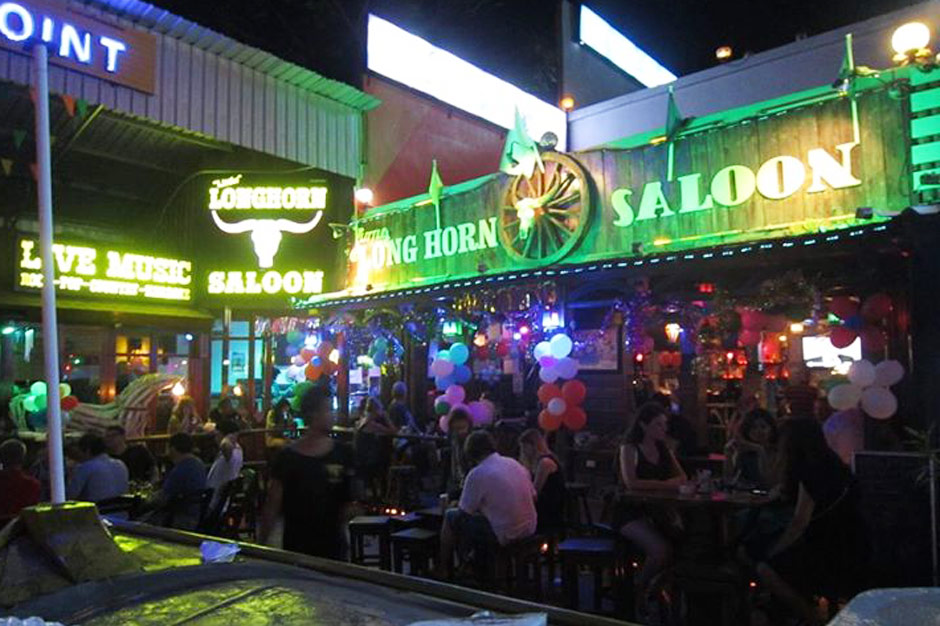 An evening of karaoke turned deadly for an American tourist, who was allegedly stabbed to death by musicians in a Thailand bar after refusing to stop singing and leave the stage.

According to the Associated Press (via Gawker), 51-year-old Bobby Ray Carter was visiting the Ao Nang beach tourist spot Little Longhorn Saloon with his 27-year-old son Adam, growing enraged when the three-piece band skipped his musical selection. “Witnesses said Carter got angry when the band played ‘Hotel California’ instead of the song he requested, and he refused to step down,” Krabi city police chief Col. Taksin Pochakorn said. When the musicians decided to take a break, Carter stayed on the stage, singing, and arguing with the band alongside his son.

“He then demanded the money he had already given as a tip back. But the real fight broke out outside of that pub,” reported Lieutenant Colonel Attapong Seanjaiwuth of Krabi tourist police. “He was stabbed twice and died while on the way to local hospital.”

During the fight, Bobby Ray was stabbed in the chest with an iron rod. Reports conflict over whether Adam suffered a head injury and/or a stab wound to the arm. Police arrived at the blood-spattered scene at 1:30 a.m. and subsequently arrested the musicians and charged them with assault and “causing death by physical attack.” One was also charged with possession of an illegal firearm.

According to Thailand’s Phuket Gazette, one suspect, 27-year-old Ratikorn Romin claims he stabbed Carter in self-defense. “We accept that we attacked them, but we didn’t intend to kill anyone. The father and son came to the pub and they joined us singing on the stage,” he told police. “Then we had an argument with them because they refused to stop singing when the time was up. The father knocked our tip-box to the floor. We left the stage and sat [outside] in front of the bar. After a while they came outside and started another argument with us. The father knocked me to the ground first, and I could not breathe because he was sitting on my chest. Then I spotted a sharp piece of metal nearby, so I grabbed it and stabbed him.”

“Little Longhorn Saloon is good music, cozy atmosphere, funfunfun and freindly staff [sic],” the bar’s website advertises. “More and more musicians, armatures and professionals, locals as well as tourist are coming to Little Longhorn Saloon to ‘jam with the band’ … The band enjoy to play and have fun (this is not only work).”

Sadly for the Carters, that wasn’t the case.