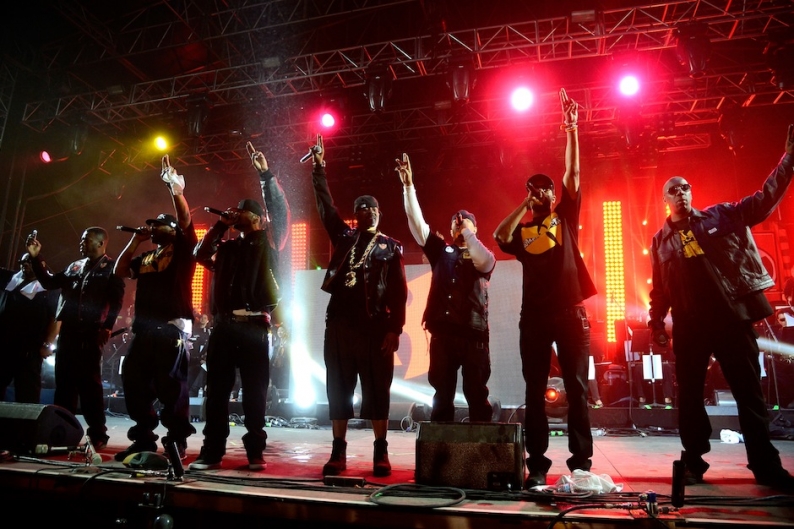 Nostalgia gets a bad rap, but Wu-Tang Clan are celebrating the 20th anniversary of debut album Enter the Wu-Tang Clan in a style that should warm even young heads’ hearts. Last month, the hip-hop group shared the blistering single “Execution in Autumn,” billed as an online-only “customer appreciation” release that might eventually “be made available for sale in record shops.”

Now, after performing at New York radio station Hot 97’s annual Summer Jam over the weekend, Wu mastermind the RZA shared another new track, “Family Reunion.” It doesn’t take Hot 97 personality Peter Rosenberg’s unapologetically local and classicist taste in rap to appreciate this one’s vibrant soul sample, from the O-Jays’ track of the same title, and casually dense lyrical reminiscences. There’s an Obama reference, but it’s just as easy to imagine this song wafting through summer air as beer flows in a park somewhere during the Clinton era.

Wu-Tang didn’t show up in full at Barcelona’s Primavera Sound, and there’s been some dispute over Rock the Bells’ planned virtual manifestation of Ol’ Dirty Bastard. But as Rosenberg can be heard saying on the radio rip below, this one “feels right.” While there’s still no word on whether it or “Execution in Autumn” will appear on Wu-Tang Clan’s upcoming album, A Better Tomorrow, we certainly wouldn’t be mad if it does.