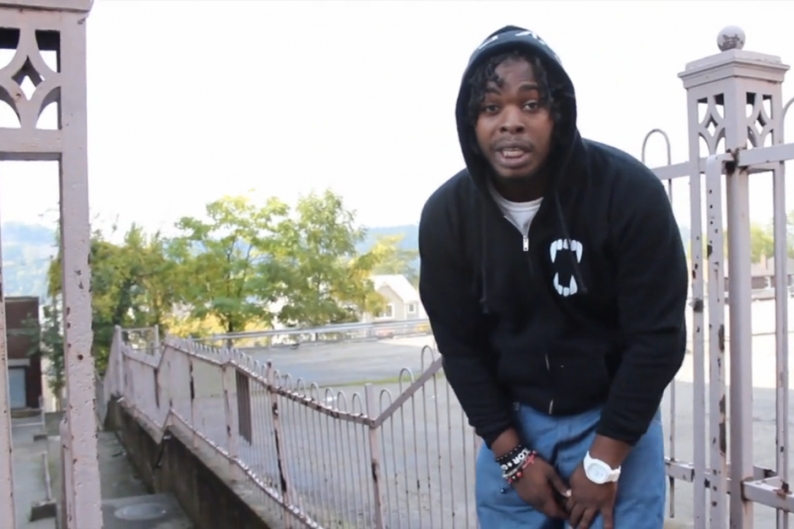 A rapper on Wiz Khalifa’s Taylor Gang Records has been arrested in connection with the weekend stabbing of Pittsburgh Steelers player Mike Adams. Dquay Means, who records as Quay Meanz, actually appeared in the video for “Black and Yellow,” the Rolling Papers single that’s gone on to become an anthem for fans of the local NFL team. On Sunday morning (June 2), the offensive tackle survived an attempted carjacking at the hands of three men.

As the Pittsburgh Post-Gazette reports, 26-year-old Means is not thought to be the one who held the knife. That third suspect remains at large, while accomplice Mike Paranay, 25, was nabbed after his cell phone was allegedly found at the scene of the crime. According to police reports, Adams was approached as he returned to his Ford F-150 Raptor from a South Side Cambodian restaurant around 3 a.m.

Paranay reportedly complimented the Steeler on his ride before Means demanded, “Gimme your car.” Adams responded, “You aren’t gonna shoot me on the street in front of people,” to which Means replied, “I want your car or I’ll shoot you in the face and kill you in front of everyone.” According to the complaint, Paranay then punched Adams, and a third man stabbed him in his abdomen and cut him across his right forearm.

It’s unclear how police arrived at Means as a suspect, but Adams identified him in a photo lineup and the wanted man later turned himself in after first eluding police in a foot chase and then apparently consulting his mother. The football player was released from the hospital on Tuesday after undergoing two surgeries that included lacerations to his colon. Means’ priors include receiving stolen property and drug possession.

As evidenced in SPIN’s recent chat with Khalifa and A$AP Rocky, the Taylor Gang boss and new father is dealing exclusively in positive vibes these days. Here’s Quay Meanz performing “Pittsburgh” in a SXSW 2014 promo: