‘I Am’ Suing: Will.i.am Takes Pharrell to Court Over Two Little Words 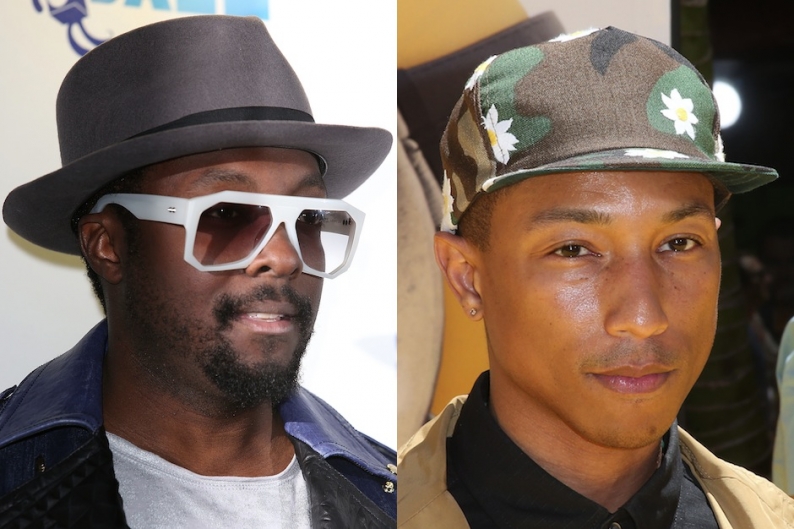 Will.i.am and Pharrell Williams are both major presences in pop music, but it would be hard to get them mixed up. Sure, they both happen to come close to sharing a very common name. Still, the Black Eyed Peas member has been known for unapologetically lowest-common-denominator club thumpers for the likes of Justin Bieber and Britney Spears, while the Neptunes half has lately been lending his airy vocals to less obvious, more playful hits by Daft Punk and Robin Thicke. (Then again, Will.i.am recently worked with Thicke, too.)

Now, lawyers for Will.i.am have focused in on a three-letter similarity between the two artist-producers: “I am.” As Rolling Stone reports, court documents show Will.i.am is challenging Pharrell’s new creative brand “i am OTHER.” Will.i.am reportedly maintains Pharrell’s pending trademark would be “confusingly similar” to the Black Eyed Peas member’s own copyrighted phrase “I AM.”

The claims reportedly came in a notice of opposition, which is a filing that can be made to challenge attempts to register a patent or trademark. Will.i.am’s filing points out that clothing and other items currently display his “I AM” logo, much as Pharrell plans to put “i am OTHER” on those types of goods. If Pharrell is allowed register the “i am OTHER” trademark, it will probably “dilute the I AM mark and the WILL.I.AM mark,” the document is quoted as saying.

Pharrell’s attorneys shot back a filing disputing Will.i.am’s allegations, according to RS. In a statement, Pharrell told the magazine he had tried to resolve the dispute outside of court “many” times. “I am surprised in how this is being handled and I am confident that Will’s trademark claims will ultimately be found to be as meritless and ridiculous as I do,” Pharrell said in the statement. No word from Will.i.am’s camp just yet.